Joshua confesses: I was up till 3am thinking of Ruiz

Anthony Joshua has revealed how his sleep was cut short on Friday night as a result of tonight’s world title fight against Andy Ruiz Jr at the Madison Square Garden. 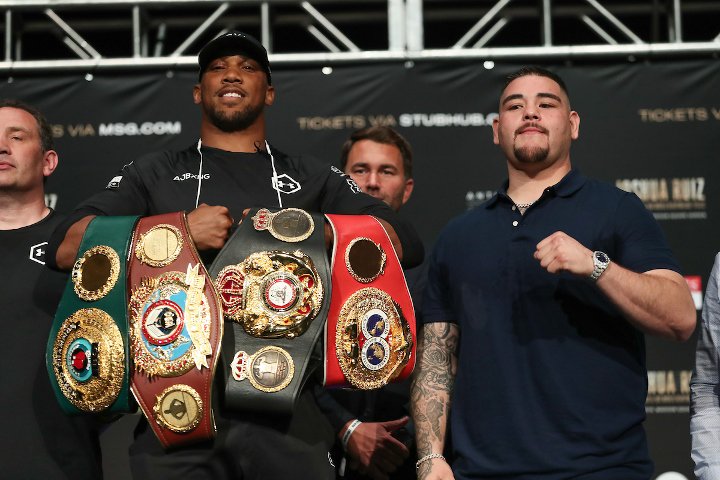 The Briton is putting his three titles on the line against his Mexican opponent who has vowed to shock Joshua.

He spoke after Friday’s weigh in session which was attended by several fans across the world at the Madison Square Garden.

‘I was awake at three o’clock this morning thinking about this fight,” revealed the champion.

Now weighing 247.8 lbs which makes him more than 20 pounds lighter than Ruiz who weighed 268lbs.

‘I was 155 lbs when I fought Wladimir Klitschko,’ said Joshua. ‘That was too heavy.

‘I felt a bit sluggish at times in that fight so I’ve been working on the diet since. I was about 147 lbs against Joseph Parker and Alexander Povetkin and felt really good.’

Both men shook hands in the build up to the fight which marks Joshua’s debut in the US.