Anthony Joshua admits he is looking past upcoming opponent Alexander Povetkin with eyes on a huge mega-fight against Deontay Wilder, stating he’d be “very annoyed” if a deal couldn’t be agreed.

Joshua wants Wilder to accept a $15 million offer to face him to decide the undisputed world heavyweight champion in front of a 100,000 crowd at Wembley Stadium on April 13.

The fight could generate up to $100 million and would be the first time all four major world heavyweight titles were on the line. 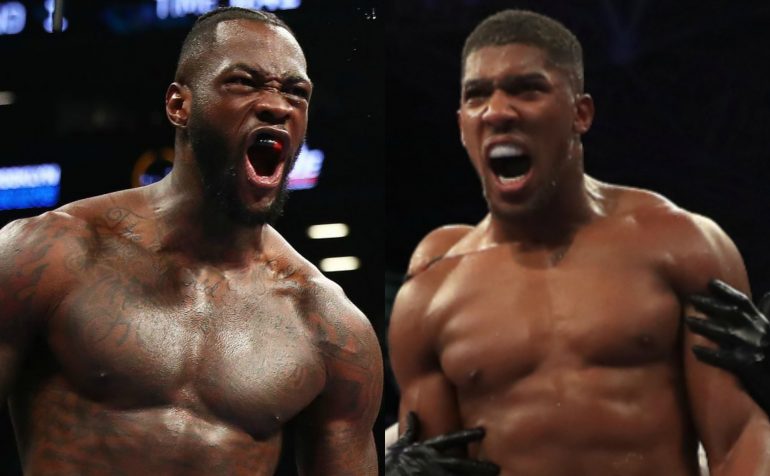 “Me and Wilder is the best fight in the division right now, not me and Povetkin,” Joshua said. “The deal to fight Wilder is still on the table, if it was written off I’d be very annoyed.

“We were working on the fight before I beat Carlos Takam, then it was Joseph Parker and it still hasn’t happened… and now it’s Povetkin.

“For the past seven months I have found out what he wants in a contract, what he doesn’t want in a
contract.

“He’s had 40 training camps, and even if you knock each opponent in a round you have still gone through
hundreds of rounds in your camps, miles and miles on the clock with all the running and with the body
wear and tear — he’s been a professional since 2009.

“That makes it a 10-year professional career, that is a long time, he’s been hurt by a lot of fighters
on the way, all the sparring.

“So what does that make? Two maybe three years left?

“Ultimately put finances aside but if you believe you are better than me and you have the chance to prove it here in the UK — it’s not just a UK thing it’s about global.

“Why would you not fight me if you believe you can beat me in this type of an event?”