Joshua, who holds the WBO, WBA, IBF, IBO heavyweight titles, has exclusively fought in the UK – where he brings in massive crowds, like 90,000 to his April 2017 TKO win over Wladimir Klitschko at Wembley Stadium in London.

Joshua returns to Wembley on April 13th against an opponent to be announced. 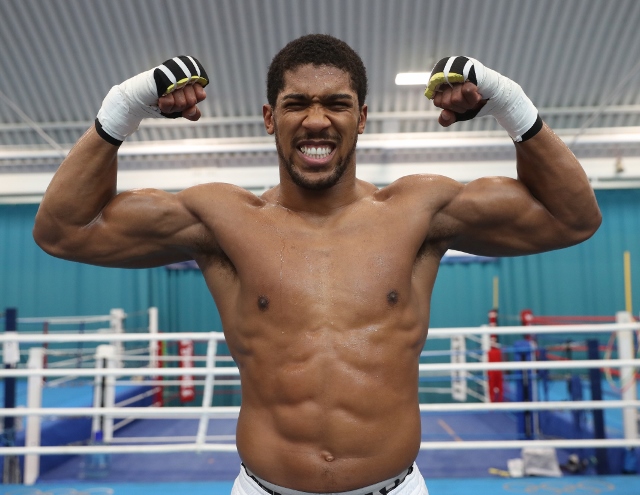 Joshua is only fighting twice a year – and based on the options for his second fight of 2019, like Oleksandr Usyk and Kubrat Pulev, it’s not likely that either fight will take place in the United States.

“It all boils down to what Anthony Joshua wants and what he believes in,” Leonard told SunSport.

“You have to ask him the question: what do you want to be? How do you want people to remember you?

“Do you want to just be remembered here or global? I’m sure it’s global. In America they know the name Anthony Joshua but they have not all seen him.

Leonard was very impressed with the atmosphere for Joshua’s unification victory over Joseph Parker back in March at Principality Stadium in Cardiff, and he wants his fellow Olympic gold medal winner to recreate that type of setting in America.

“He is going down the right road,” Leonard said. “America will be the next key.

“I was in Cardiff for the Parker fight so I’d had a taste of the Joshua mayhem over here before Wembley.

“They absolutely love him, they support him and I truly believe he feeds off that. He is getting better and better.

“He is doing what he is doing over here but to recreate it in America… that is the key. That is indeed the key and the purpose.”

Serena adds new award to her list of accolades