Joshua to retire if he loses to Ruiz Jr. again, says Tyson 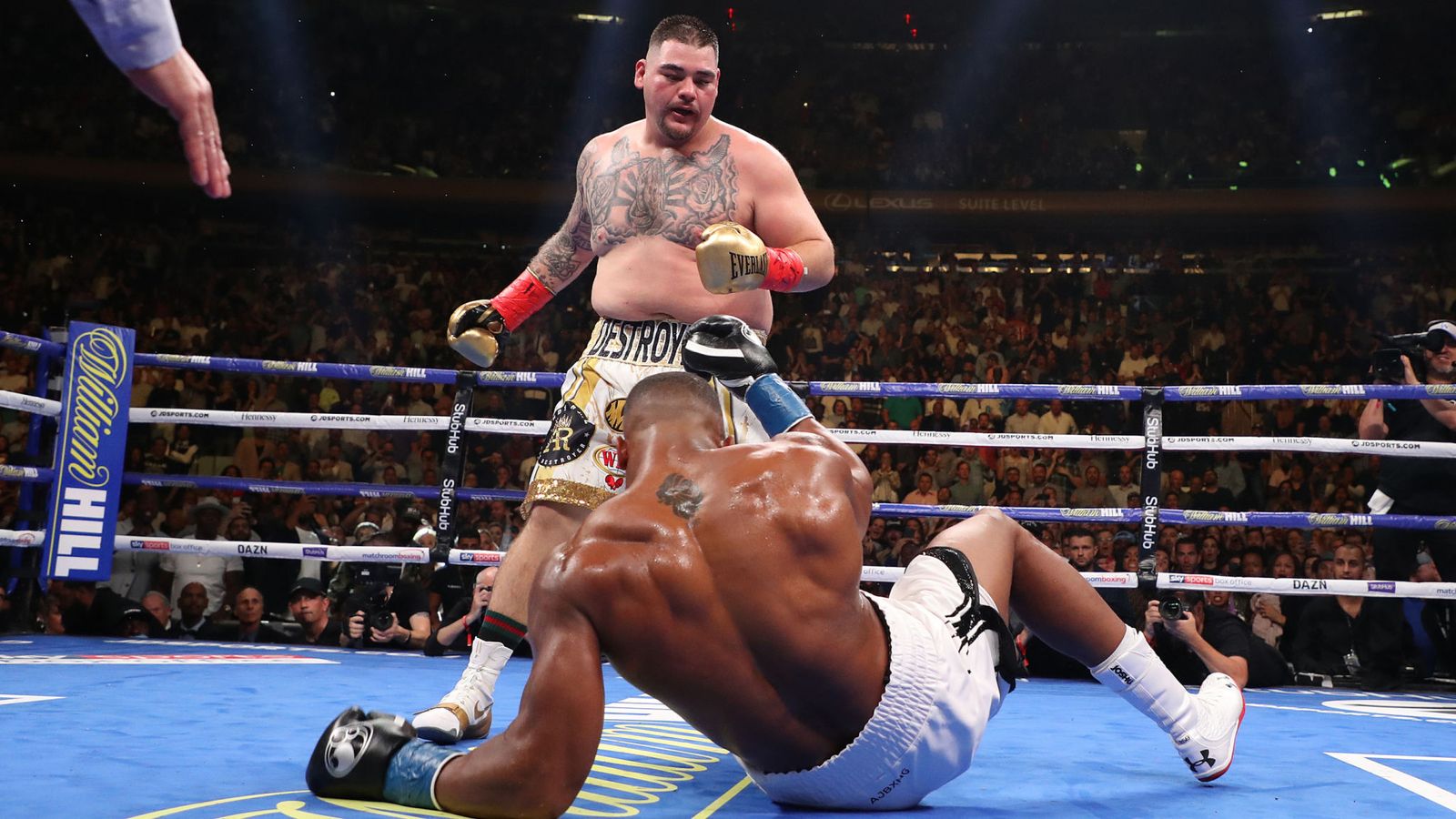 Tyson Fury believes Anthony Joshua should hang up his gloves if he fails to win his rematch against Andy Ruiz Jr. and says he will retire himself if he can’t beat Tom Schwarz.

The Gypsy King makes his return to the ring on Saturday night at the MGM Grand in Las Vegas against his unfancied German opponent and won’t be taking anything for granted after Joshua was stunned by Ruiz at Madison Square Garden.

AJ was knocked down four times before the fight was ended in the seventh round and Fury believes Joshua needs to avenge the defeat to prove his credentials and continue his career.

‘He has to get a couple of wins under his belt and convince the public that he’s a fighting man again. Got to school, learn what to do again. Get a bit of mental coaching, and that’s it. Try and make a comeback,’ Fury told IFL TV when asked about facing Joshua in the future.

‘If he can’t make a comeback, if he can’t beat Andy Ruiz Jr., you ain’t going to do anything to Tyson Fury or Deontay Wilder or any other decent heavyweight in the world either. If he can’t beat Ruiz in the rematch he’s done, finished, goodnight, bye-bye.

‘If he can’t beat Ruiz in the rematch he needs to retire, simple as. Forget about it. Give it up. He’s done well out of it, he’s earned a few quid, he’s won a world title before and everything else that goes with it. So fair play to him.’

Addressing his own upcoming bout, Fury continued: ‘If I can’t beat Tom Schwarz, then I’ll retire too, so that will make two bums retired won’t it? Because there will be no point continuing, that’s the way I look at it.

‘If I lost to Andy Ruiz, I’d retire. And if I lose to Tom Schwarz I’ll retire too. I’ll have the rematch first and if I lose again I’ll 100% retire. ‘I won’t delude myself and say it’s a mental issue or whatever. I’ll retire, I’ll be a man and say, “Listen, fair play, Tom Schwarz is a beast”. But I don’t see that happening because I don’t shit myself when I get into a boxing ring.’