Jota and Mane on target as Liverpool beat Burnley at Anfield

Liverpool made it two wins from two at the start of the new Premier League season as they cruised to a 2-0 home victory over Burnley on Saturday.

Diogo Jota edged Liverpool in front with his second goal in as many games in the 18th minute, a brilliant header in front of a first full Anfield in 17 months.

Burnley, the team who last season ended Liverpool’s 68-match unbeaten home league run, a record that stretched back almost four years, had chances to level, but their final ball was lacking at the crucial moment. 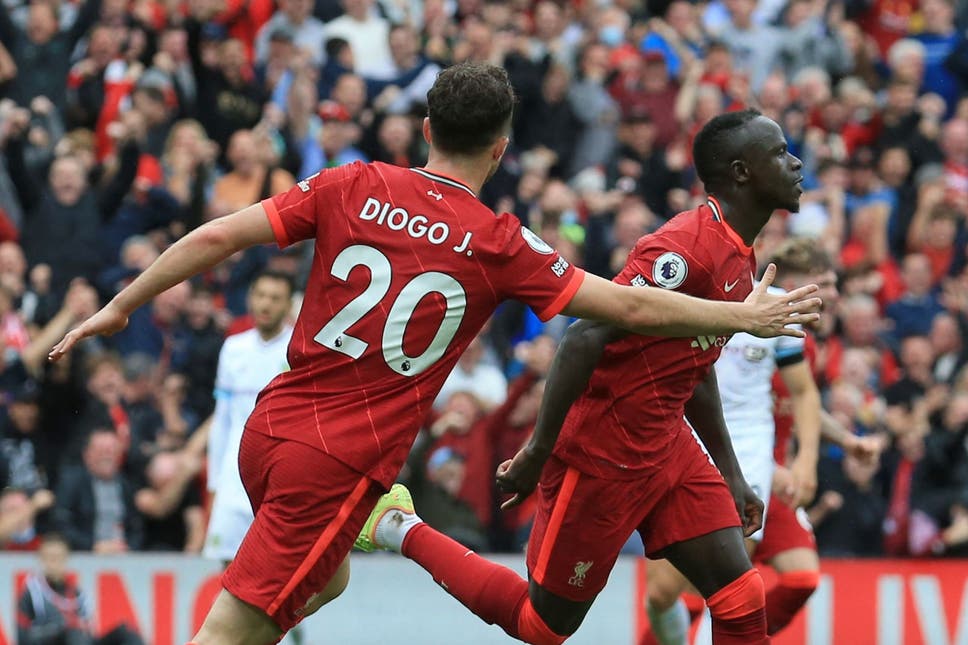 Ashley Barnes thought he had levelled early in the second half, only to be denied by the offside flag, with Liverpool capitalising on their reprieve in the 69th minute, as Sadio Mane drilled home their second.

The hosts pressed for a third, urged on by a buoyant crowd, but they settled for two, and a second clean sheet of the campaign, to go top of the standings, and leave Burnley pointless from their opening two matches.

Roma is a different kind of challenge, it will take time, says Mourinho