Juan Mata to become Man U ambassador after retirement

Juan Mata is reportedly being lined up for a club representative role at Manchester United in the future – and the midfielder already has the classy car part of being an ambassador down perfectly.

The Spain international was spotted in Altrincham on Tuesday afternoon after having lunch with a friend.

Mata grinned at the camera as he got into his sleek Aston Martin DB9, priced at around £160,000

Mata may not be a Manchester United player for too much longer, with his contract set to expire this summer.

Mata remains in the first team picture at United, with 29 appearances and five goals this season, but his age means the club are unwilling to offer him more than a one-year playing deal. 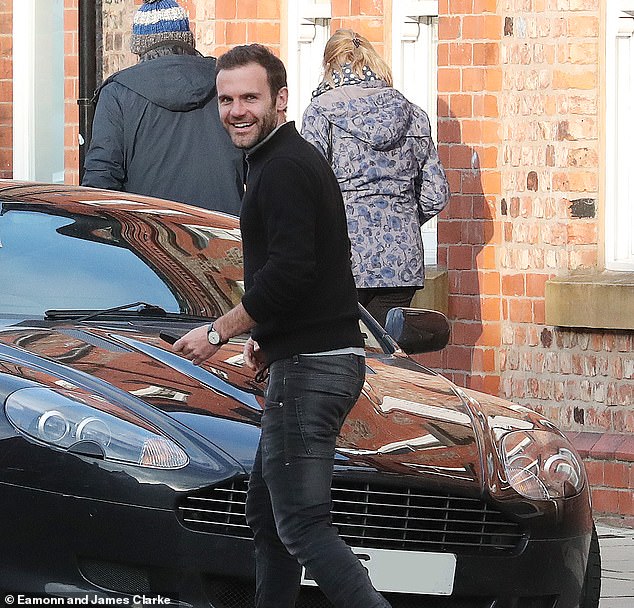 However the 30-year-old, who has spent five and a half years at Old Trafford after being signed by David Moyes, is a popular and respected figure at the club.

According to the Manchester Evening News, United are interested in having Mata return as a club ambassador when he retires from playing, even if he leaves on a free transfer this summer.

They say club officials have been impressed by Mata’s charity work of the pitch, setting up the Common Goal initiative.

Common Goal was founded by Mata in August 2017, and asks footballers to donate one per cent of their salaries to charitable organizations.

So far 80 managers and players from the world of football have signed up to Common Goal, and more than £1million has been raised.