The 26th of August will make it four years since the current leadership tussle in Nigerian football began.  It will be four years since the legal battle over who the rightful president of the Nigeria Football Federation (NFF) is, and in those four years, no proper progress has been recorded in ending the impasse.

Already, there is a subsisting order of court since 2014 for Chris Giwa, one claimant to the NFF throne, to be “recognised”  as the NFF president pending when the case is determined in court. On the other hand, there is also a subsisting order of court nullifying the election of Amaju Pinnick, the other claimant to the NFF throne.

Sadly, those orders have not been respected. However, the case is hardly that straightforward, as it has bounced from the Federal High Court to the Court of Appeal and to the Supreme Court and still, there seems no resolution in sight.  To summarise the matter for the benefit of anyone who hasn’t followed the case since 2014, here goes:

Following the election of August 26, 2014, which ushered in Giwa into the board of the NFF as president, they had sought and obtained an injunction stopping another election into the NFF board from holding. Despite the court injunction, the election went ahead and Pinnick was elected president of the NFF on September 30, 2014, in Warri.

Although there were claims (by the Pinnick group) that the injunction was not served on them.
Sequel to that, the Federal High Court had declared the September 30, 2014 election null and void, while giving recognition to the election of August 26, 2014, pending when the motion on suit is determined. 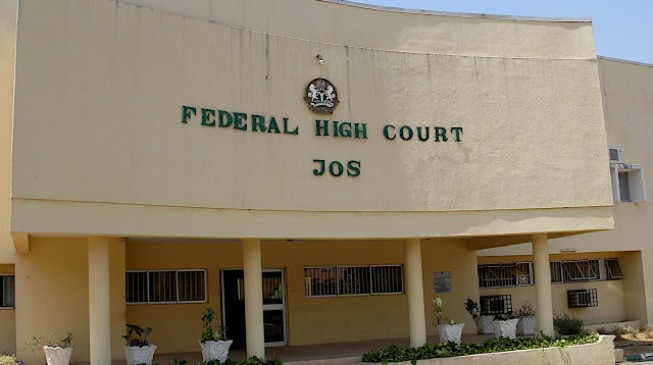 But in a bid to resolve the matter without further recourse to court processes, the case was withdrawn from the Federal High Court for an out-of-court settlement, on the prompting of then president of the Federal Republic, Goodluck Jonathan.

However, both parties failed to settle out of court and the Giwa group approached the Federal High Court, seeking a relisting of the case and restoration of the previous orders.

Those prayers were granted by the High Court and the case was relisted and the orders restored. The implication of that was that Pinnick, who had assumed office as the NFF president, would lose his seat to Giwa.

Fearing that, he approached the Court of Appeal, which ruled in his favour by setting aside the relisting of the case and restoration of the previous orders by the High Court.

Pinnick remained in office, even though the matter was then taken to the Supreme Court by the Giwa board (with two board members, Obinna Ogba and Yahaya Adama as appellants).

In April of this year, the Supreme Court ruled in favour of the Federal High Court (which had nullified Pinnick’s election and given recognition to Giwa’s election).

The implication of that was that while the case would be heard afresh, the orders of the Federal High Court subsists, pending when the case in properly determined.  It was based on that that Giwa assumed office on July 2.

Pinnick’s lawyers have since filed motions to have the orders vacated and on Monday, July 30, we should find out if the orders will be vacated or not.  Chris Giwa with his NFF executive members at the Glass House.

However, before the court sits on Monday, it would seem as though some persons loyal to Pinnick have been trying to pre- empt the outcome of the sitting.

A former journalist, Wale Ajayi, a self-confessed loyalist to the Pinnick faction, wrote in a WhatsApp group on Saturday, July 28, saying:

“On Monday, July 30, the federal high court will officially vacate the court case as the federal government warns that hencefotth (sic), football cases must not be taken to ordinary courts.”

The pertinent question now is, why is anyone pre-empting what the outcome of the court process would be? Might it be a  tactic to put subtle pressure on the judge to rule in Pinnick’s favour?

Already, the Pinnick board had last Monday, taken over the Glass House (the NFF office) in flagrant disobedience of the court orders. Would the court allow these to stand?

Joshua reveals he has lost ‘close friends’ to coronavirus

Joshua reveals he has lost ‘close friends’ to coronavirus