Timo Werner scored twice and assisted another for Chelsea but Jannick Vestergaard’s last-gap equaliser earned Southampton a 3-3 draw in another Premier League thriller at Stamford Bridge.

With Chelsea leading 3-2 in stoppage time, Vestergaard flicked home Theo Walcott’s half volley for only his second Saints goal following a chaotic clash in which the visitors had also come from 2-0 down to level.

It all started swimmingly for Chelsea as Werner finally opened his Premier League account with a brilliant opener, selling Jan Bednarek a dummy before slotting bottom corner (15), and the German soon got his second, again beating Bednarek to the ball and lifting over Alex McCarthy before nodding home (28).

Saints halved the deficit from nowhere as Danny Ings rounded Kepa Arrizabalaga before finishing (43), and got their leveller in chaotic circumstances as another Kepa error from Kurt Zouma’s short backpass allowed Che Adams to score following a melee in the box (57). 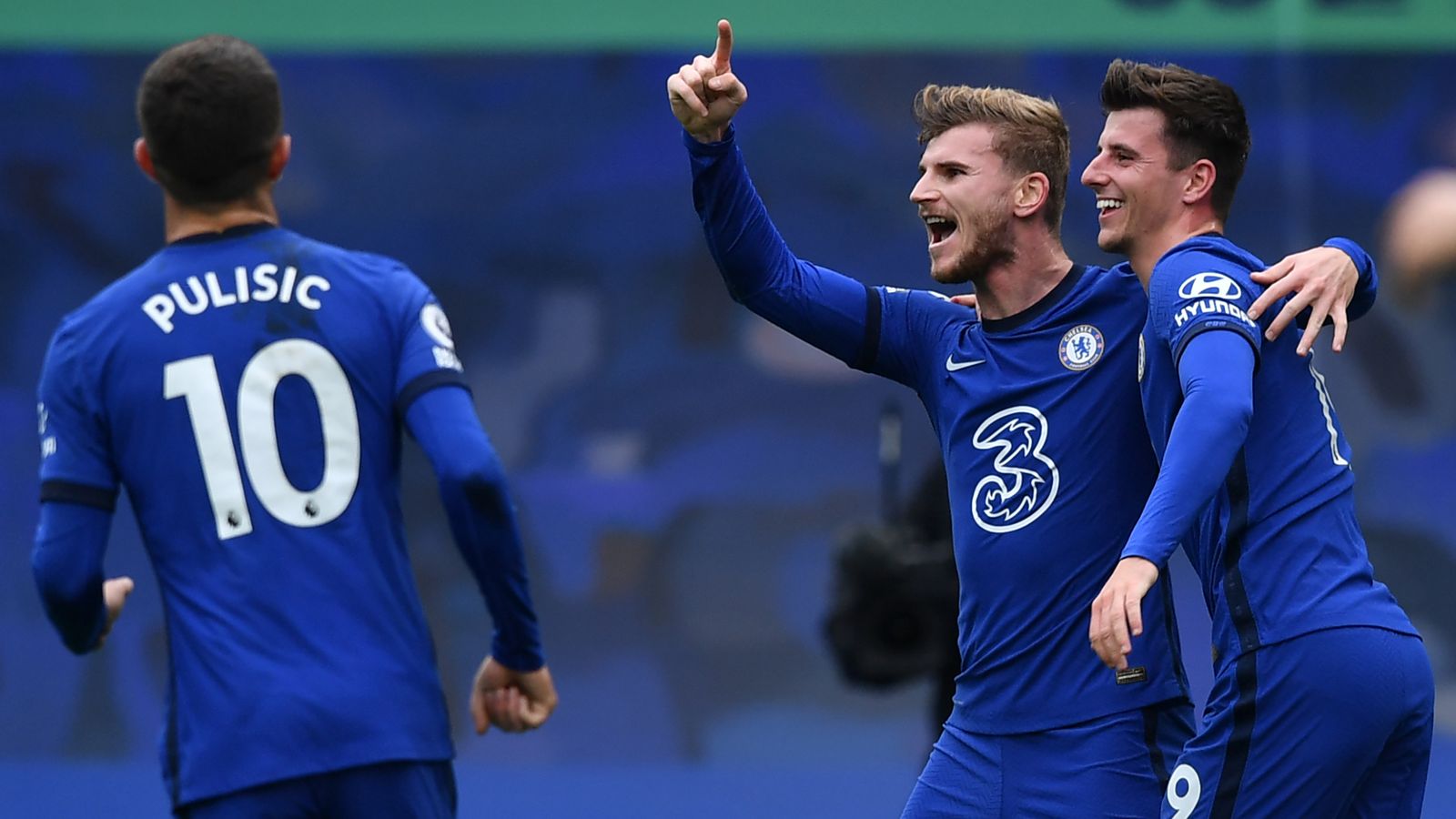 But Chelsea immediately regained their lead as Werner squared for Kai Havertz for his first Premier League goal (59), and looked to have survived late chances for Adams and Ings, before Vestergaard popped up with the equaliser.