Kane returns to full training for Tottenham vs Burnley 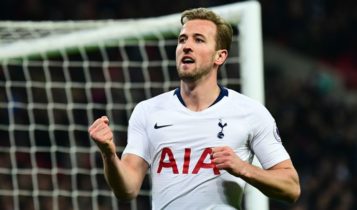 Harry Kane is back in full training and could return for Tottenham Hotspur’s away clash at Burnley in the English Premier League (EPL) on Saturday, manager Mauricio Pochettino said on Thursday.

The 25-year-old striker has been out since injuring his ankle in Tottenham’s 1-0 defeat by Manchester United on Jan. 13.

“He is good, I think we need to assess him for one more training session tomorrow (Friday) and then decide. But I think he is doing very well,” Pochettino told reporters at the club’s training ground.

“I’m happy with him and maybe he’s going to be part of the squad for Saturday.”

Kane, who has scored 14 EPL goals this season, was originally expected to be out until March after damaging ligaments in his left ankle in stoppage time against Manchester United.

“Everyone knows that Harry is an animal and wants to be ready as soon as possible and he does everything to make the recovery. We are so happy in the last 10 days he’s been training again and that will be a massive impact for us.

“But I don’t care whether Harry wants to play, who decides (on whether he plays against Burnley) is myself, my coaching staff and the doctors and medical staff.”

Kane notched seven goals in six games in all competitions prior to the Manchester United defeat, since when Tottenham have defied those who said his absence would derail their title challenge.

They have won four successive league games since and beat Borussia Dortmund 3-0 in the first leg of their UEFA Champions League last 16 tie at Wembley.

Victory over Burnley will leave Tottenham just two points behind leaders Manchester City, who play in the League Cup final this weekend, and Liverpool who face in-form Manchester United on Sunday.

Tottenham then travel to Chelsea on Wednesday, followed by a home clash with Arsenal and the return in Dortmund.

Pochettino said all that mattered was beating a Burnley side who are on a seven-match unbeaten run in the league.

“It’s going to be tough, we needed a late goal in December to beat them at home,” Pochettino said.

“For us Saturday is the most important game. If we are able to win the three points there, we will be able to see the game against Chelsea in a different way.

“We don’t think about Chelsea, Arsenal or Dortmund, we only focus on Burnley. Because we will struggle if we’re not focused 200 percent. Because in football anything can happen.”

Midfielder Dele Alli is now Tottenham’s only injury absentee, but Pochettino said he could be back from a hamstring injury in “one week, 10 days or two weeks”.

Left back Danny Rose is doubtful with illness for the trip to Turf Moor —- Tottenham’s first game for 10 days.