Harry Kane is set for surgery to fix the hamstring he tore during Tottenham Hotspur’s 1-0 defeat away to Southampton in the Premier League on New Year’s Day. 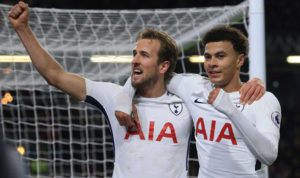 Spurs confirmed the planned procedure in a statement on the club’s official website on Thursday. The decision has been made because “specialists have advised surgery after further review of the injury.”

Significantly, the club said that “surgery is not expected to impact the timeframe that the England captain will be sidelined, with the expectation that he will return to training in April.”

Kane’s prolonged absence will demand Jose Mourinho gets creative about how he deploys his attacking options. The 56-year-old has so far sounded unconvinced his squad has the resources to cope without Kane.

Mourinho told reporters his team played “without a striker” during the 1-1 draw against Middlesbrough in the 2020 FA Cup third round, per Dan Kilpatrick of the London Evening Standard.

The Tottenham boss doesn’t believe versatile forward Heung-Min Son nor winger Lucas Moura can play the centre-forward role the way Kane can. It’s a contentious argument, even though Son is often at his best playing on the left side of a front three, while Moura has also done most of his damage from the flanks.