Kayode gets Jersey Number 8 At Shakhtar for new season

Nigeria International Kayode Olarewwaju has been handed jersey number eight by Ukranian club Shakhtar Donetsk ahead of the new season.

The 25-year-old striker, initially wore jersey 88 when he arrived Ukraine in January on loan from premier league champions Manchester City in January. 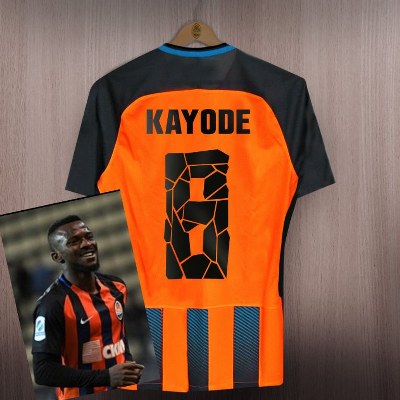 But with the new season, the former Austria Wien top striker is expected to wear the new jersey for the Ukranian champions as they seek to retain their title in the new season.

The Nigeria signed a five-year contract with Paulo Fonseca’s army-owned outfit in May , after making eight appearances for Shaktar last season, scoring three times and making one assist.

He won the league title and the Ukrainian Cup with the club that once paraded Julius Aghahowa.