Naby Keita has been included in Guinea’s final 23-man squad for this month’s Africa Cup of Nations in Egypt despite admitting he’s not fully fit. 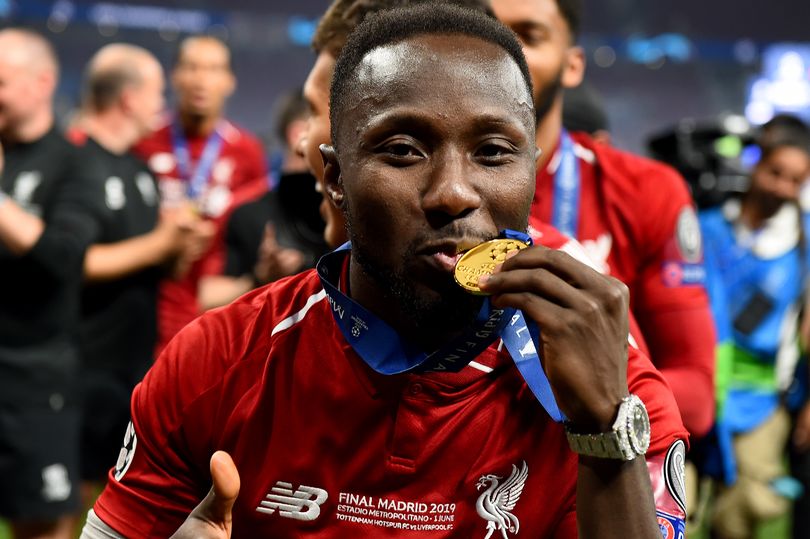 The midfielder has been sidelined since suffering a thigh injury against Barcelona in the Reds’ Champions League semi-final first leg at the start of last month.

Jurgen Klopp initially ruled the 24-year-old out of the international tournament, but was later criticised by the president of the Guinea Football Federation as a result.

Keita was given a hero’s welcome after linking up with his international team-mates in Morocco on Monday ahead of the tournament as he warmly embraced by team-mates as they played ‘You’ll Never Walk Alone’ in the background in his honour.

However, Guinea Head Coach Paul Put revealed he had pressured Liverpool into releasing the midfielder for the African competition.

“Keita leaves [Liverpool] after training in the morning and arrives Monday [evening],” he said.

“I put a lot of pressure on Liverpool to [send him] as soon as possible.

“In the end, I said that if Naby does not come now, it will be difficult to put [him on] the list for Afcon. He said he will play against Egypt.”

The Daily Mail reported Liverpool were left bemused by Put’s comments with the midfielder understood to be on schedule with his rehabilitation, despite Keita himself admitting he is not fully fit.

“I am very happy to meet my team-mates,” Keita was quoted as saying after touching down in Morocco.

“I am hoping to start work now even though I am not 100 per cent fit, but when I was in Liverpool – I had already started training with the ball.

“Upon my arrival here, I am going to train with the team to see what’s next.

Maradona dreams another ‘Hand of God’ goal for birthday

Maradona dreams another ‘Hand of God’ goal for…