Kevin De Bruyne: I am not scared playing at Anfield

Manchester City player, Kevin De Bruyne has said he is looking forward returning to Anfield with Manchester City and insists he will be inspired by the atmosphere, rather than intimidated. 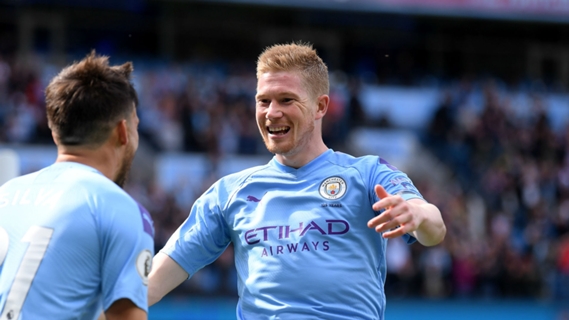 City have won once at Anfield since 1981 – but De Bruyne is savouring the prospect of playing in such an intense atmosphere in a game of great importance.

“If you are somebody who wants to compete for titles and win, these are the games you want to play,” the Belgium international told Sky Sports.

“I like Anfield, I like it a lot. I love people being on you, being noisy, that is what it’s all about. I love the passion of football.

“Lately, a lot of new things have been introduced in football, but I still love things how they were in the old days – people shout and get their team forward. That is something that I learned in Germany, because fans are so behind their team.

“The home players probably get a little bit more [from the Anfield atmosphere] but even if it’s against you, you are at the top of the world, playing the best level. That is what you want.

Read Also:Bravo steps in as Manchester City confirm Ederson out of Liverpool clash

LeBron James claims another record as Lakers down Miami