By Akeem Lawal, Yenegoa  Last updated Jun 26, 2019 0
The abducted Nigeria Police athlete, Constable Esther Okpokwe has been released by suspected kidnappers who seized her on her way to the 3rd Governor Dickson Wrestling Classics in Yenegoa, Bayelsa State on Sunday.
Sportinglife.ng gathered that the abductors collected the sum of Two Hundred Thousand Naira in ransom before releasing the athlete. 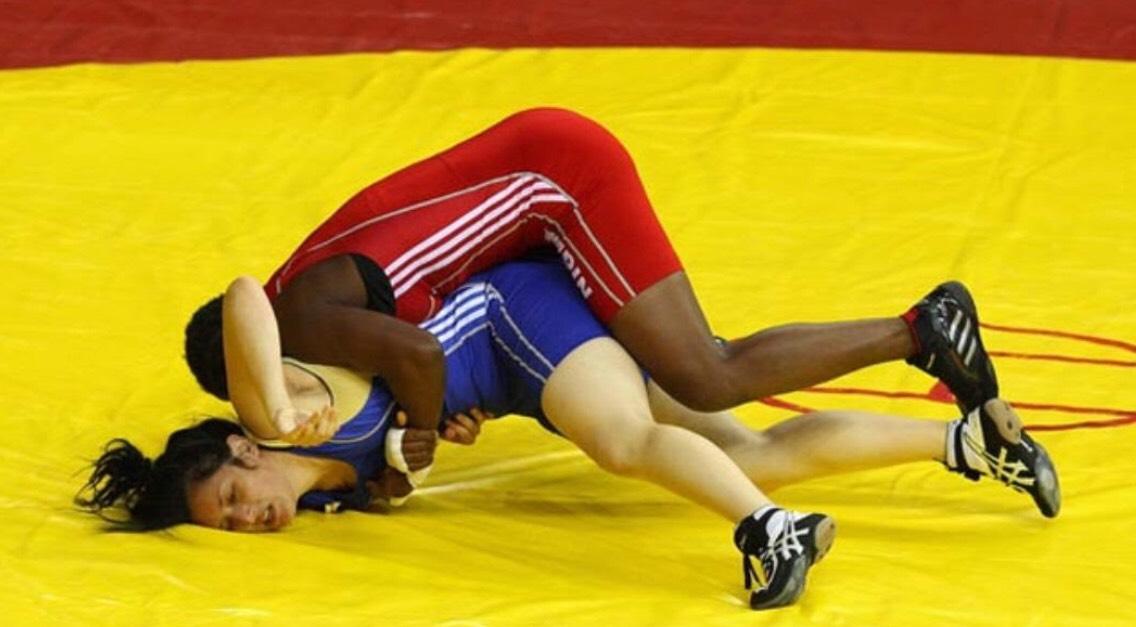 Sportinglife.ng had on Tuesday reported that Okpokwe was coming with the Nigeria Police wrestling team of Ebonyi State, who were in the same 32 seater coaster bus with Ebonyi State wrestling team and David Robinson Wrestling Club contingent when armed men dressed in Police Uniforms and carrying different kinds of gun including a machine gun, blocked their vehicle and succeeded in driving Esther away into the bush.
The incident happened around 5 to 7 pm on Sunday at Obinze junction in Imo, saw the abductors demand a ransom of N5m, which was later reduced to Two Hundred Thousand Naira.
The coach of the team, Robinson Okwudili, who was driving the bus, broke the news of her release to our correspondent on Tuesday in Yenegoa.
“Yes it is true that she has been released by the kidnappers after collecting the N200,000 ransom. She must have gone through a lot. It was not a palatable experience I must tell you,” he said.

Meanwhile, at the time of filling-in the report, all efforts to reach the Imo State Police Public Relations Officer, PPRO, Orlando Ikeokwu for confirmation proved abortive as he did not pick his call neither did he respond to the text message sent to his phone number.
3rd Governor Dickson Wrestling ClassicsLatest Sports Newssportinglife.ng

Guinea Coach warns: We’ve to be well prepared against Nigeria