Klopp has made Liverpool a complete team – Mascherano

By our reporter On May 22, 2020 0
Jurgen Klopp's Liverpool side are unbeaten at Anfield this term but along with the rest of the Premier League may have to play without any supporters in their ground next term

Jurgen Klopp has made Liverpool into the “complete team”, says Javier Mascherano, with the Reds’ class of 2019-20 considered to be a marked improvement on the side that an Argentine midfielder once graced. 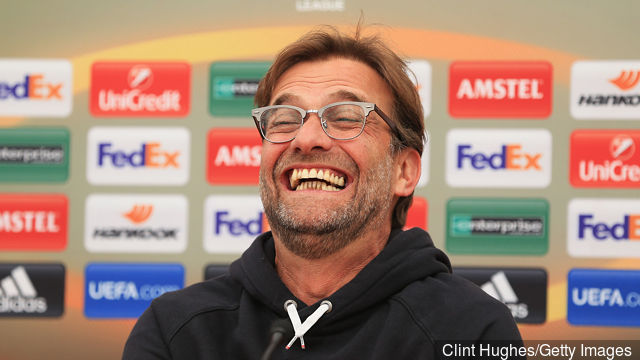 Back in 2007, Mascherano, who had been brought to English football by West Ham, was drafted into the ranks at Anfield and went on to enjoy a productive spell on Merseyside that included a Champions League final appearance.

His efforts would eventually earn him a switch to Barcelona in 2010, with 139 appearances taken in for Liverpool.

Rafa Benitez’s side were competitive during that time, but failed to get their hands on major silverware, having previously conquered the continent in memorable fashion back in 2005.

Mascherano emerged as a key man for the Reds, with his qualities embraced even further at Barca, but he concedes that the bar has been raised considerably since Klopp took on a demanding coaching role.

Liverpool have become European champions again under the German tactician, while fast closing in on a first English top-flight title triumph in 30 years.

Mascherano told Ole of the rapid progress that has been made: “The team that continues to surprise me with the evolution it has had is Liverpool.

“It is clear that Klopp has put it together in his image and likeness.

“I am 10 years behind, I see how we played with that Liverpool team it was nothing like what I see today.

“I have been following Klopp since he coached Dortmund, which was a pressing team similar to what Liverpool does today but now he has added a way to spread out the play, when before it was much more direct.

“That evolution is what I like because, in the end, it ends up being a more complete team.”

Liverpool appointed Klopp as successor to Brendan Rodgers in October 2015 after he had previously overseen title triumphs at Bundesliga giants Borussia Dortmund.

read also:Klopp: It would be ‘unfair’ for Liverpool not to win Premier League

Klopp was charged with the task of replicating that success in England and, while early setbacks were suffered in domestic and European final defeats, former glories were rekindled in some style during 2019 and the future is considered to be bright at Anfield.

Dortmund’s Sancho back in training before City clash

UCL: Real Madrid stars prepare for Liverpool clash with a…