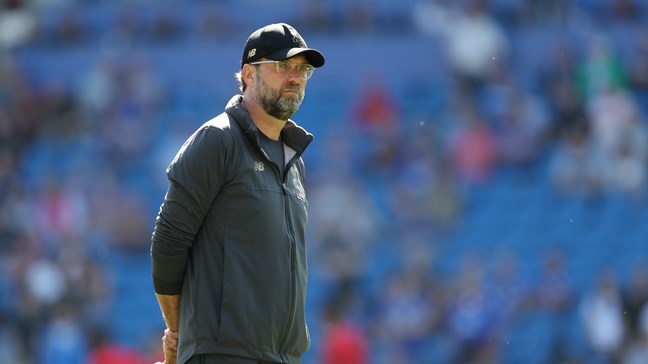 Barcelona have a 3-0 first leg lead and Klopp admitted his side only have a small chance of reaching a second successive European Cup final but urged his players and the Liverpool fans to make Tuesday night’s game a celebration of a superb season.

Firmino is out with the muscular injury that meant he was only a substitute in the Camp Nou while Salah suffered concussion in a collision with Newcastle United goalkeeper Martin Dubravka on Saturday.

“Two of the world’s best strikers are not available and we have to score four goals to go through in 90 minutes,” Klopp said. “It doesn’t make life easier but as long as we have 11 players on the pitch, we will try. The boys showed often enough that they don’t give up. They will show it.

“That is the plan: just try and if we can do [something] wonderful and if not, fail in the most beautiful way. With a close result, so close.”

Liverpool, who are unbeaten at Anfield in both the Premier League and the Champions League this season, also host Wolves on Sunday, knowing that two valiant efforts may be in vain, but with Klopp imploring everyone to produce a party atmosphere to mark their achievements.

“It is a long season and there is at least a little chance to make it even longer,” the German added. “If not, these are the last two home games of an incredible season, and I think we should celebrate that with a good performance on the pitch and a very, very good performance in the stands.

“It should be a football party. We should celebrate with football. It is possible it will be the last Champions League game of the campaign so let’s celebrate it, with our legs, with our lungs, with good football, with good decisions, sensational atmosphere and see what happens. I would imagine the place will be rocking before we score already.”

Lionel Messi scored twice in the Camp Nou, even though Liverpool kept him quiet for much of the game, and Klopp said the key to stopping him would be “to delete the word ‘almost’. That’s the plan.

Why I resigned as Kwara Utd coach – Bala