By Our Reporter On Aug 22, 2021 0
Gerard Pique of FC Barcelona during the Liga match between Athletic Club de Bilbao and FC Barcelona at Estadio de San Mames in Bilbao, Spain, on August 21, 2021. (Photo by DAX Images/NurPhoto via Getty Images)

Barcelona defender Gerard Pique has been ruled out of action after picking up a calf strain in Saturday’s 1-1 draw at Athletic Bilbao in LaLiga, the club said in a statement on Sunday.

Pique, who scored in Barca’s 4-2 win over Real Sociedad the previous week after agreeing to take a pay cut to alleviate the club’s financial problems and ensure they could register new signings Memphis Depay and Eric Garcia, was taken off in the first half against Athletic. 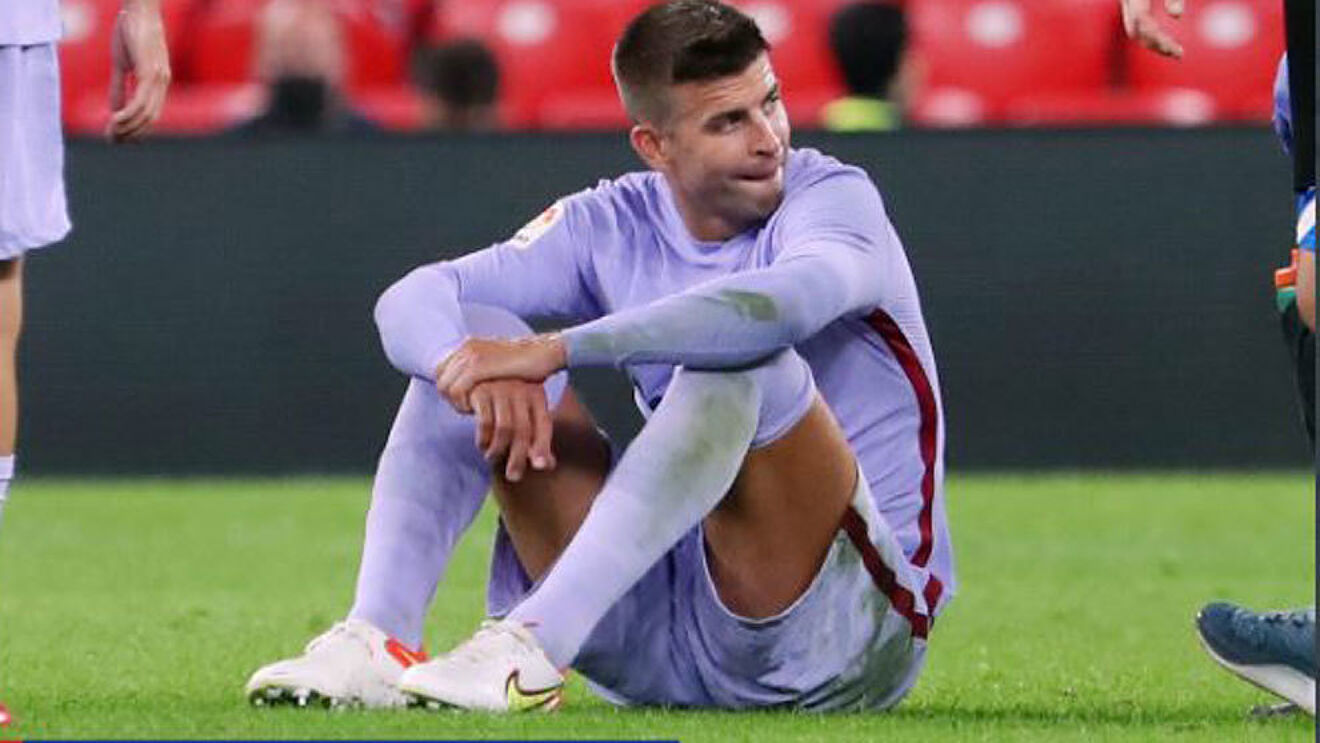 The 34-year-old’s injury leaves Barca without their two first-choice centrebacks for next week’s home game against Getafe as Garcia was shown a straight red card in added time against Athletic.

Barca’s statement did not give any indication when Pique would return, stating that he would continue to be assessed.