Karim Benzema has said he would like to play alongside his France strike partner Kylian Mbappe for Real Madrid one day and spoken of his joy at winning a trophy with his country after six years away from the team.

Paris St Germain rejected a bid from Real for Mbappe for €160 million this year, with Spanish and French media reporting they made two further offer — the second of €180 million — which were also turned down.

Mbappe will be free to negotiate with Real and other clubs from January with a view to joining for free when his contract with PSG expires next June, unless the Ligue 1 side can convince him to sign a new deal.

Benzema and Mbappe each scored as France came from behind to beat Spain 2-1 in Sunday’s Uefa Nations League final in Milan and the Real player told Spanish state network TVE he would like to play with the 22-year-old in Madrid.

“Why not? I’ve always said it and I’ll say it again, of course I would like to (play with Mbappe) one day,” Benzema said.

“I enjoy playing with him in the France team and so why not in the future (for Real) as he is a great player. But right now we have to respect his club, Paris.”

Benzema was dropped from the France squad in 2015 following a blackmailing scandal over which he faces a trial this month.

He missed the 2018 World Cup victory before being handed a surprise recall by coach Didier Deschamps ahead of this year’s European Championship. 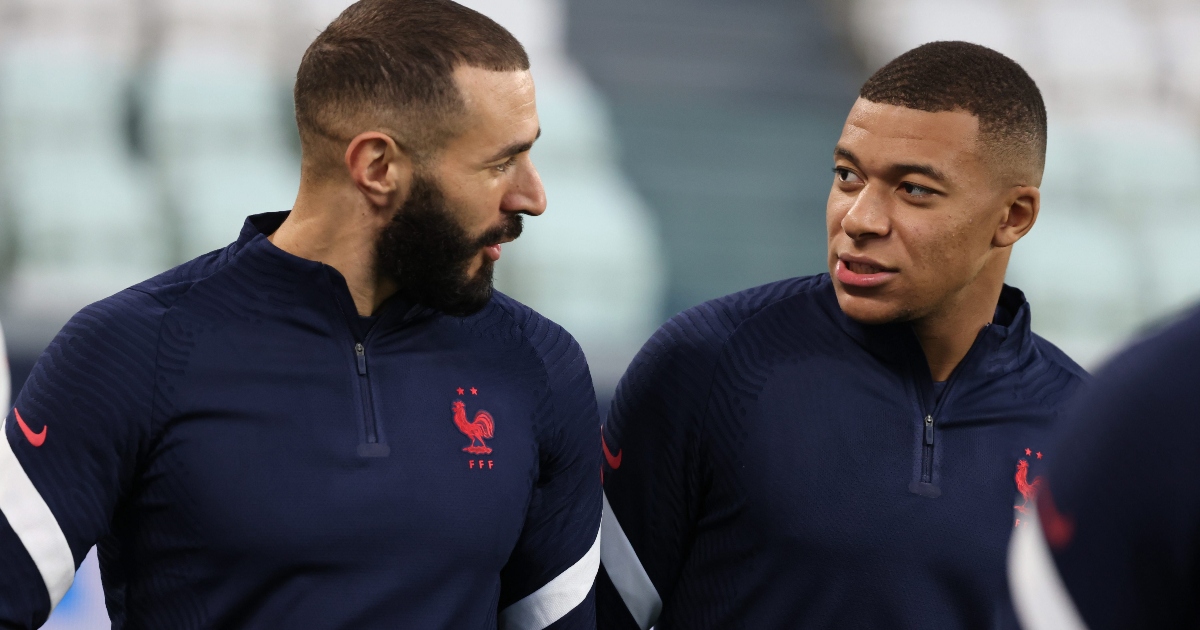 Read Also: Mbappe could change his mind and stay at PSG – Pochettino

Benzema scored four goals in France’s four games at Euro 2020 before they were eliminated in the last 16 by Switzerland but spoke of his pride at the Nations League triumph.

“It means a lot to me. It’s my first trophy with my national team and I’m so proud of all the work I did after six years without playing for my country,” added Benzema, who has scored nine goals for Real in eight LaLiga games this season.

“It makes me very happy, I worked very hard physically and mentally and I’m looking forward to winning another trophy.”