Real Sociedad goalkeeper Alex Remiro has tested positive for coronavirus and must remain in isolation at home instead of returning to training with the rest of his teammates.

The club announced the news late on Friday, May 8, the same day the squad returned to training.

It was around 23:00 CEST when it was announced that Remiro had not been among his teammates.

The PCR test was negative, but the serology test proved positive for IgM.

The player has a “low probability of transmitting the disease “, according to this same information, since he tested negative for IgG, which means that his immune system is already in the process of successfully fighting off the virus.

Therefore, Remiro must remain in solitary confinement at home for a couple of days and, if all goes well, he could soon be discharged. 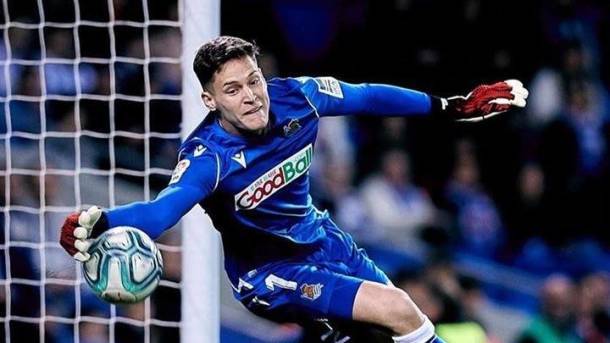 Remiro is the second player in LaLiga Santander to test positive since the return to training was announced, with the first being Atletico Madrid’s Renan Lodi, who has also been placed in solitary confinement.

Coronavirus has previously had an impact at both Espanyol and Valencia to name just two.