The premier international tennis tournament in Nigeria, the Governor’s Cup Lagos Tennis Open has been renamed as Lagos Open International Tennis Championship after the tournament moved up from Futures Tour to the Challenger Series status.

The 18th edition of the Governor’s Cup Lagos Tennis Open will hold at the Lagos Lawn Tennis Club, Onikan from September 29 to October 13, 2018.

The tournament which will see 40 countries competing for the One Hundred Thousand Dollars ($100,000.00) total prize money, is made up of two Futures Tournaments, the F5 and the F6, with players competing in four events: Men’s Singles, Men’s Doubles, Women’s Singles and Women’s Doubles. 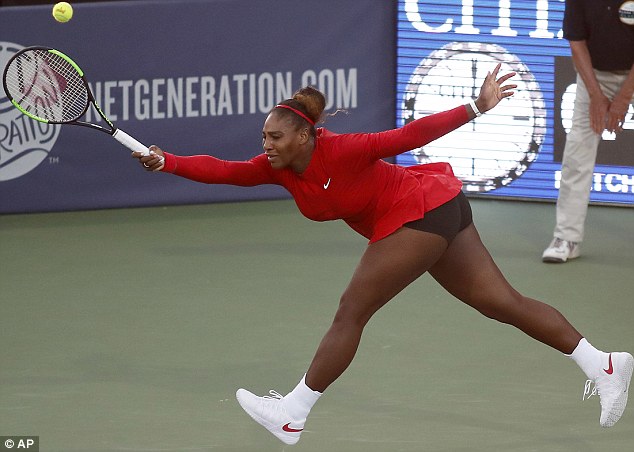 Speaking during the rebranding of GCLT into Lagos Open and the launching of new Logo held at the Lagos Lawn Tennis Club, Onikan on Tuesday, GCLT Chairman, Chief Pius Olu Akinyelure said the new status which brings greater responsibility and professionalism including ranking points, will see top tennis stars including Novak Djokovic, Serena and Venus Williams, Roger Federer, Rafael Nadal and Angela Keber amongst others coming to Nigeria to compete from the year 2020.

“From 2020, the Futures Tour will no longer attract Association of Tennis Professionals (ATP) ranking points. Therefore, from 2020 Professional Men’s Tennis will effectively begin at the Challenger level.

“This is part of the International Table Tennis (ITF)’s attempt to reduce the number of professional players around 14,000 to approximately 750 men and 750 women. The implications are clear as Men’s Futures will not be attractive to professional Tennis players and sponsors. Therefore we have to move up to the Challenger Circuit and the process of transiting to the Circuit would take about 18months,” Chief Akinyelure said.

President of the Lagos Lawn Tennis Club, Prince Gbenga Lufadeju assured all players, officials, tennis fans, visitors and all stakeholders that LLTC will leave no stone unturned towards ensuring that the 2018 edition of the tournament exceeds their expectations as per an excellent tennis and tourism experience in Lagos State. He said facilities at the 123-year-old Lagos Lawn Tennis Club have been modernized to host a better Governor’s Cup this year.