The trial of Lamine Diack, the former president of World Athletics, has been adjourned until June and the 86-year-old’s request to return from Senegal has been refused. 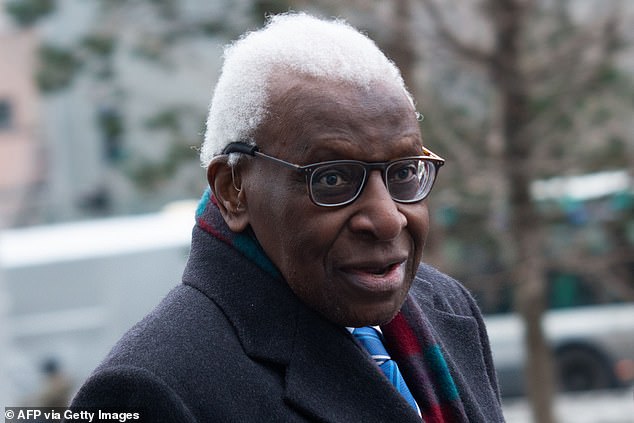 Diack, who served as president of track and field’s world governing body from 1999 until 2015, was set to face allegations in a Paris court that he accepted bribes in return for slowing down doping procedures against a number of athletes.

According to documents from the Parquet National Financier seen by the PA news agency, Diack received a total of 3.45million euros (just under £3million) from athletes suspected of doping to enable them to carry on competing. Diack denies the charges.

The delay in proceedings is due to documents from the Senegalese authorities only arriving with the court on Monday. The trial is now scheduled to run from June 3 to 22.

Diack, who has been under house arrest in France since 2015, requested the court’s permission to return to Senegal but the request was denied.

Diack’s son, Papa Massata, who is a co-defendant, has remained in Senegal after attempts by the French authorities to extradite him failed.

German television station network ARD reported in 2014 that Russian athlete Liliya Shobukhova’s doping case was deliberately slowed down after she paid just under £400,000 to senior officials at what was then known as the IAAF.

Lamine Diack’s legal advisor Habib Cisse was banned for life in September 2019 for his part in the scheme, while Gabriel Dolle, a former anti-doping chief at the IAAF, was banned for five years back in 2016.

Melnikov, Balakhnichev, Cisse and Dolle are also defendants in the case alongside the Diacks. All deny the charges.

Ronaldo is easier to mark than Wolves star Traore–Newcastle defender