Chelsea boss Frank Lampard is battling with the club to sell Kepa Arrizabalaga – because he wants to replace him with Nick Pope.

SunSport told you Kepa – the world’s most expensive keeper – fears he is paying the price for Chelsea’s defensive problems.

What a feeling…!! We are @chelseafc

The Spain star, 25, has vowed to fight for his future after being axed for the 2-2 draw against Leicester on the weekend.

Lampard instead selected understudy Willy Caballero for the game.

The Mirror say £71.6million Kepa could be on his way out under Lampard this summer, after the boss decided the last straw was his performance in last month’s 2-2 draw against Arsenal.

Mikel Arteta’s side had just two shots during that game and saw both go on.

But they claim Chelsea director Marina Granovskaia is against selling the former Athletic Bilbao man.

She personally pushed through the deal to sign him two years ago and does not want to give up so soon on a player handed a seven-year deal worth £10m a season.

But should Lampard get his way then he wants 27-year-old England and Burnley star Pope to replace him, say The Express. 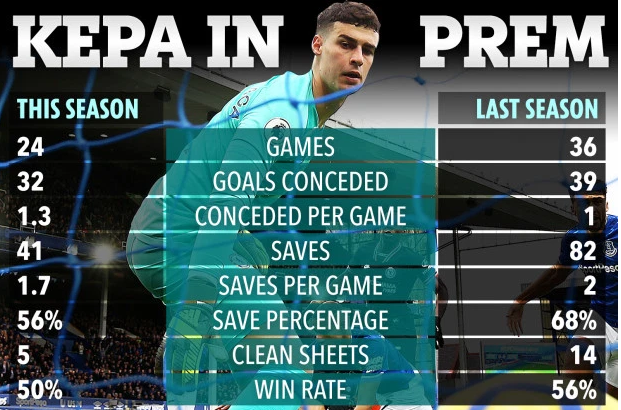 The fact that Pope counts towards their homegrown quota appeals to the Blues.

But he would require a big sum to land given he has a contract with the Turf Moor side to 2023 and the club have the option to extend his deal for another 12 months.

Arrizabalaga has faced criticism over his inability to impose himself in front of his goal. Chelsea have shipped 34 goals in 25 Prem games.