By Our Reporter Last updated Jun 13, 2019 0
Omeruo has sealed a five-year deal with Leganes from Chelsea

Leganes have not given up on Kenneth Omeruo despite seeing their offer turned down by premier league side, Chelsea who are demanding for six million euros to release the Nigerian side ahead of next season. 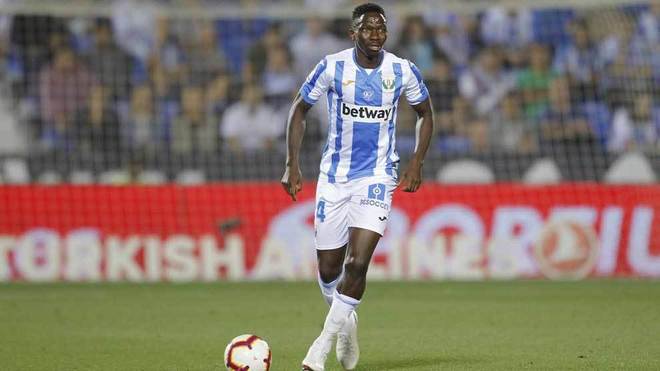 Leganes have shown that they are interested in the Nigerian  along with Jonathan Silva and offerred four million euros to the Stamford Bridge side but it was rejected based on the club’s belief that the player is above the amount.

Spanish publication, Marca reports that Omeruo is one of the players that club manager Mauricio Pellegrino wants to retain after performing to expectations last season.

“The intention of the Leganés is to continue and negotiate his pass with Chelsea,” the paper reports.

“The club pepinero offers about four million euros , still far from the six that the English club intends, but everything points to the negotiation depends on the intention of the player who, for what he has shown to the Technical Secretariat of Leganés, is continue in Butarque,” it continued.

The defender who was on loan to Leganes played 28 games last season.

He has also enjoyed loan spells at  at ADO Den Haag, Middlesbrough, Kasimpasa and Alanyaspor since arriving at Chelsea in 2012.