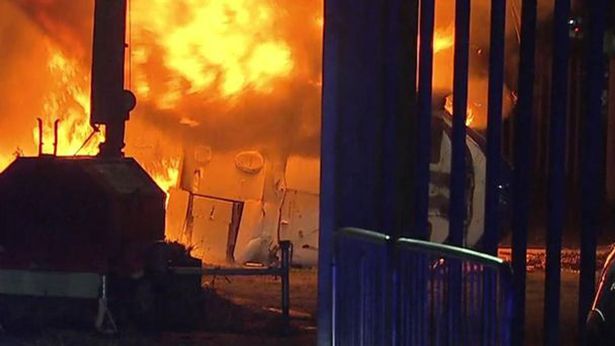 British air accident investigators looking into the cause of the Oct. 27 helicopter crash in Leicester say failure of the tail rotor mechanism caused the pilot to lose control.

The 60-year-old Thai businessman Vichai was killed when the helicopter crashed outside the King Power Stadium in the central English city of Leicester after a Premier League match.

Britain’s Air Accidents Investigation Branch said in a “Special Bulletin” on Thursday that the cockpit pedals had become disconnected from the tail rotor.

“The evidence gathered to date shows that the loss of control of the helicopter, resulted from the tail rotor actuator control shaft becoming disconnected from the actuator lever mechanism,” the report said.

The aircraft reached an altitude of approximately 430 feet before veering to the right and plummeting to the ground just outside the stadium.

The investigation continues into other factors that may have contributed to the crash, the report concluded.

Pilot Eric Swaffer, his partner and co-pilot Izabela Roza Lechowicz as well as two members of Vichai’s staff, Nusara Suknamai and Kaveporn Punpare, were also killed in the crash.

Vichai bought the unheralded central England side in 2010, and went on to stun the football world by beating odds of 5,000/1 to win the English Premier League title in 2016.

Struggling Mourinho has a friend in Ranieri

NSF: Team Rivers threaten to withdraw over non-payment of salaries

Isaac Success to stay and fight for his Watford place