Lille of France forward, Victor Osimhen struck twice for Nigeria as they cruised past the Crocodiles of Lesotho 4-2  in a 2021 Africa Cup of Nations Group L qualifying encounter at the Setsoto Stadium in Maseru on Sunday. 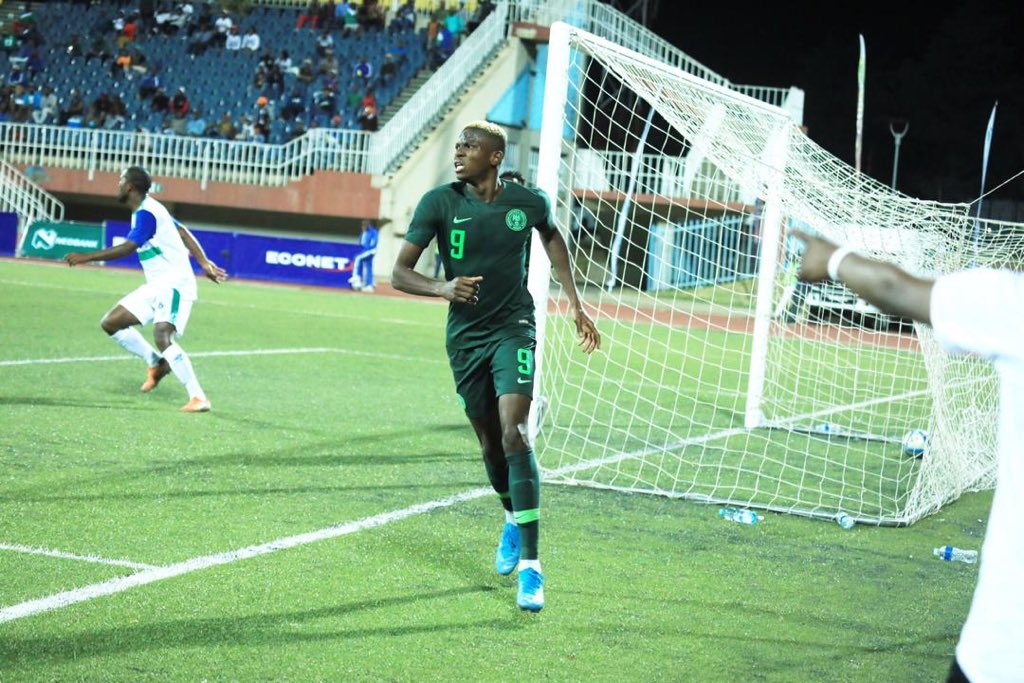 The home side had taken the lead in the 13th minute against the run of play but it only lasted for 15 minutes when Alex Iwobi slotted home the equaliser following a pass from Victor Osimhen.

From that moment the Eagles were in firm control of the match exploring all angles to increase the tally which the Crocodiles had no answer too.

This eventually paid off in the 38th minute, when Samuel Chukwueze was set up by Osimhen for the second goal.

Osimhen had his own chance to get on the score sheet but his effort went over the bar towards the end of the first half.

Nigeria continued to pile pressure in the second half until the 75th minute when Osimhen combined perfectly with Ola Aina to register the third goal and nine minutes later added the fourth to secure the three points.

Unfortunately for Nigeria an own goal from Chidozie Awaziem  made it two for Lesotho who were simply no match for the three time Africa champions.