When Lautaro Suarez grows up, he will likely want to be just like his dad and become a professional footballer – but it appears he’s already picked up some of Luis’ worst habits.

The six-month-old baby was hilariously spotted moments before taking a chunk out of the Barcelona striker’s shoulder, mimicking Suarez’s infamous biting incident with Giorgio Chiellini.

Barcelona beat Levante 1-0 on Saturday to seal the Spanish league title leading to the Catalan stars celebrating on the pitch with their families while Suarez carried little Lautaro around the pitch. 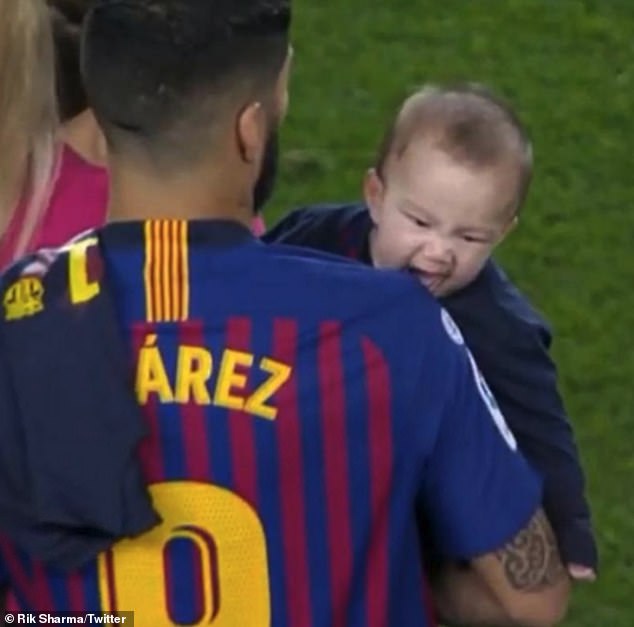 After the picture was posted, fans were quick to remember Suarez’s bad reputation when it comes to biting his opponents.

In 2010, the Uruguayan forward was suspended for seven games for biting PSV Eindhoven’s Otman Bakkal on the shoulder while representing Ajax.

After moving to Liverpool, Suarez was then handed a 10-game ban for biting Chelsea’s Branislov Ivanovic on the arm.

Finally at the 2014 World Cup, Suarez bit Italy defender Chiellini on the shoulder – an incident that went unpunished during the game. 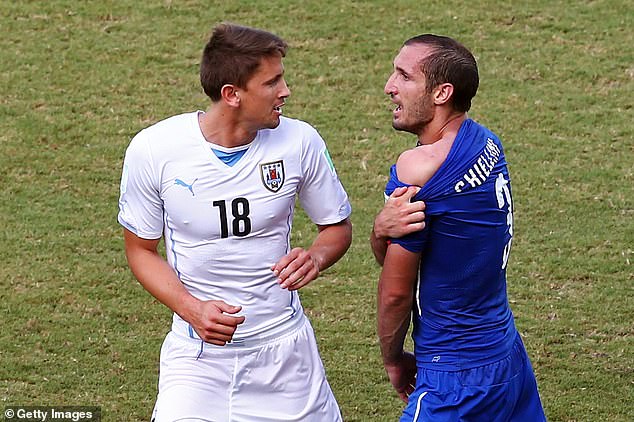 Messi, rested for the first half against Levante ahead of next week’s Champions League semi-final first leg against Liverpool, came off the bench to score his 34th league goal of the season in the 1-0 victory.

Prior to his arrival Barca had laboured to impose themselves on a side just three points above the relegation zone, with former Reds midfielder Philippe Coutinho failing with three good chances. 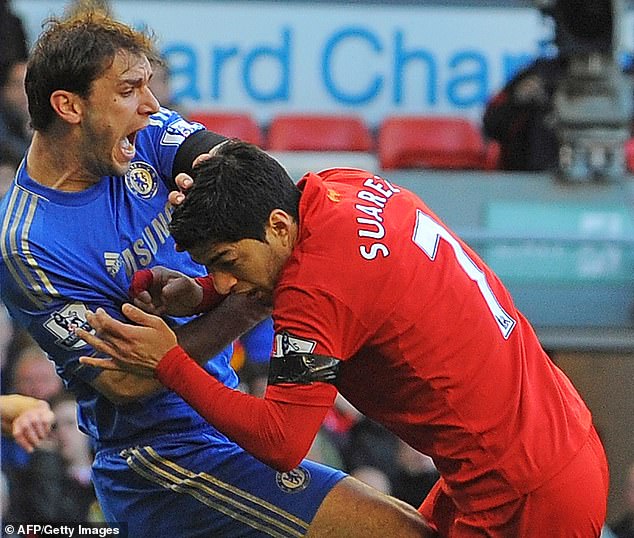 In 2013, Suarez was handed a 10-game ban for biting Chelsea’s Branislov Ivanovic on the arm

Five things we learned from the Premier League