Liverpool have moved nine points ahead of Manchester City after this evening’s top of the table clash at Anfield which ended 3-1 in favour of the Reds. 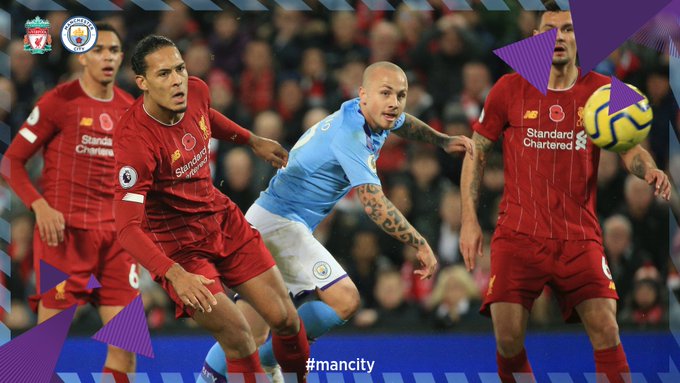 The game lived up to its billing with lot of entertainment and controversy.

Trent Alexander-Arnold appeared to handle in the Liverpool box but VAR ruled that there was no penalty.

Salah looked to be offside but again VAR ruled against Manchester City.

Liverpool scored a third from another header after Jordan Henderson’s wicked ball reached Sadio Mane who beat Bravo at the near post in the 51st minute.

Bernardo Silva netted a consolation for City just over ten minutes from time.

City’s winless run at Anfield now stretches back to 2003 and Pep Guardiola’s side find themselves fourth in the Premier League going into the international break.

Read Also:Man City reveal what they don’t want ahead of Liverpool clash at Anfield

Liverpool sit atop the Premier League with 34 points out of a total 36.