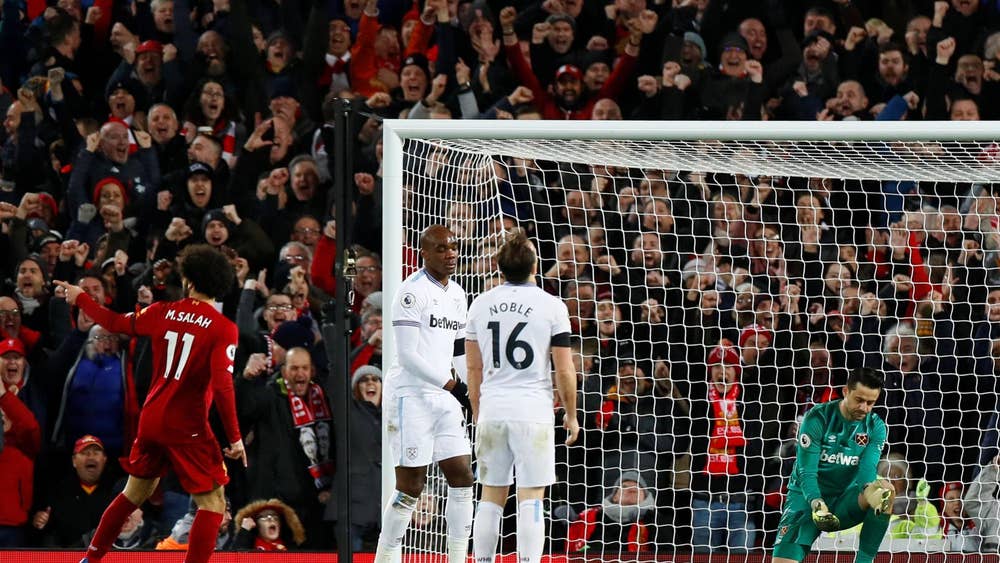 Jurgen Klopp’s side has won every league game since they drew 1-1 with Manchester United at Old Trafford in October, a result which, remarkably, remains the only time they have dropped points all season.

The win also sends the Reds 22 points clear of City at the top of the table and within sight of claiming their first Premier League title.

City’s 18-run winning sequence came during the 2017-18 season when they won the title with a record-breaking 100 points, but Liverpool are on course to surpass that mark this season.

The Merseysiders can set a new record of 19 straight league wins when they travel to relegation-threatened Watford on Saturday evening.

Djokovic sizzles into Dubai second round