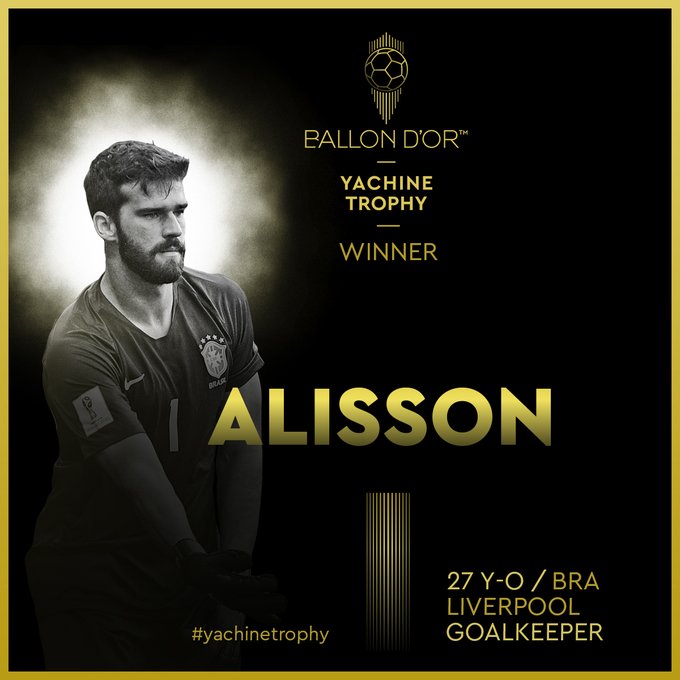 Nine keepers were nominated with the Brazilian for the award which was announced this evening at the ceremony in France.

Becker was instrumental to Liverpool’s triumph during the 2018/2019 UEFA Champions League which they won after defeating Tottenham in the final.