Liverpool right-back Trent Alexander-Arnold found a place in the Guinness World Records 2020 by providing the most number of assists in the Premier League by a defender.

The 21-year-old provided 12 assists in the league last season and found a place in the PFA Team of the Year. He assisted another four times in the Champions League and was included in the competition’s Team of the Season as well. 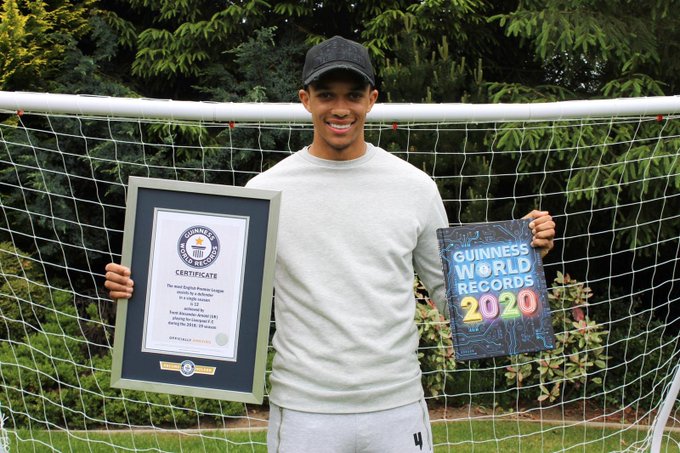 Alexander-Arnold’s assists in the Premier League last season was sufficient to find his name in the Guinness World Records 2020.

As quoted by the Mirror, the England international said:  “It’s an honour. I’ve always wanted to go forward and help the team to create as many chances as possible. It’s obviously down to the lads to put the ball into the back of the net, because football is a team game and without them this record wouldn’t be possible. It’s an unbelievably proud moment for me and my family, and something I hope will stand for a few years.”

Alexander-Arnold is undoubtedly one of the best right-backs in the world currently and his assists were a key reason behind Liverpool’s impressive 18/19 season. Both him and Andy Robertson have been instrumental to the Reds’ attack and are bound to provide a lot more assists in the future.

This season, Alexander-Arnold has already scored a stunning goal against Chelsea while providing three assists. Provided he maintains his good run of form, he could well be England’s starting right-back in Euro 2020.