Liverpool to move for Hazard this summer

Liverpool are reportedly on red alert with the news that Borussia Monchengladbach are ready to sell Thorgan Hazard in this summer’s transfer window. 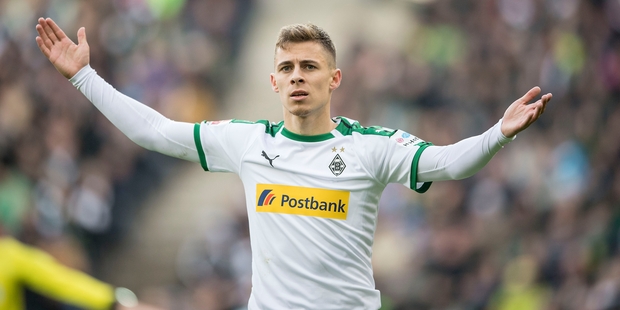 The Belgium international, who is the brother of Chelsea’s Eden Hazard, has scored 12 times and registered 11 assists in 29 appearances for Gladbach this season.

The 25-year-old’s contract with Gladbach will expire in June 2020, however, and Liverpool have previously beent credited with an interest in the versatile attacker.

According to Rheinische Post, Gladbach will look to cash in on Hazard at the end of the current season, but Liverpool would face competition from the likes of Atletico Madrid and Borussia Dortmund if they were to make a move.

Hazard joined Chelsea from Lens in 2012, although he did not make a single first-team appearance for the Blues before switching to Gladbach in 2015.