Liverpool have been told it would be a “no brainer” to snap up Arsenal wonderkid Bukayo Saka – but only if he becomes available on a free. 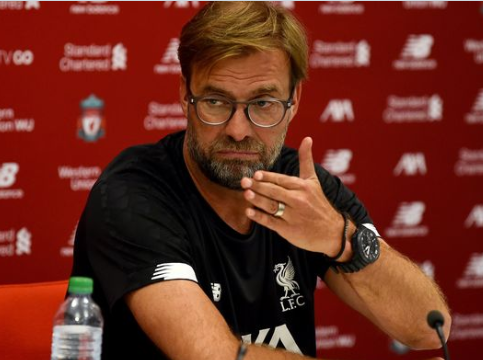 That’s the opinion of former Liverpool star Steve McManaman, who has been impressed with the Gunners teenager in recent weeks.

Saka was man of the match in Arsenal’s recent 4-0 win over Newcastle, in which he bagged an assist. He also set-up Alexandre Lacazette to score the only goal of the game in the Gunners’ Europa League victory over Olympiakos on Thursday.

Saka earns just £3,000-a-week at Arsenal and is contracted until the summer of 2021 in north London, and has attracted interest from the likes of Manchester United and Liverpool.

On whether the Reds should make a move for Saka, McManaman wrote in his HorseRacing.net column: “He looks like a really good player, but he’s incredibly young.

“If there are contract issues and he ever becomes available on a free transfer then that’s a no brainer because you’re taking someone on a free contract who’s young and has a lot of potential.

“If he continues his development at left-back, then he’s not as good as Andy Robertson at the moment.

“If he does join Liverpool then he’s got a long wait and Liverpool already have a couple of young left-backs waiting in the wings who we’ve seen in the FA Cup this year, who would probably be on a par with Bukayo Saka at this moment in time.

“It all depends on numerous things such as economics and whether it’s a deal that Liverpool thinks is worth doing. They may think that it’s a deal not necessarily in need, but they may do it anyway.”