Tottenham captain Hugo Lloris says his side are “ready to suffer” in order to see off Manchester City in the Champions League quarter-finals.

Spurs head to the Etihad Stadium on Wednesday with a 1-0 first-leg lead, thanks to Son Heung-min’s later winner, but City are still favourites to progress to the last four as their quadruple quest faces a pivotal moment. 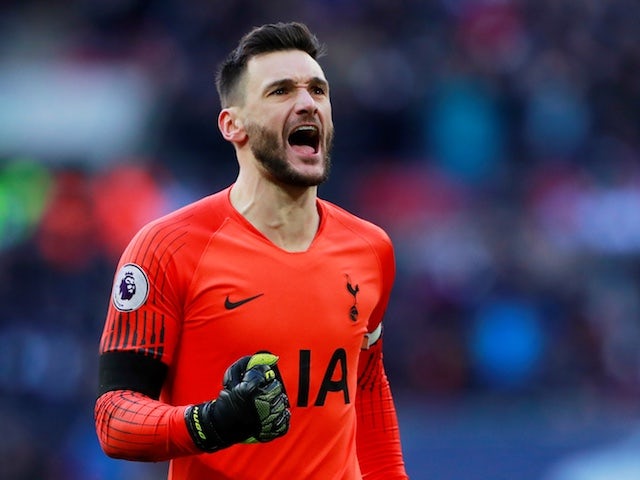 But by keeping clean sheet in their home leg, if Spurs can find the net in Manchester, it would need City needing three goals to progress.

Spurs will undoubtedly come under huge pressure against Pep Guardiola’s men, but the France goalkeeper, who saved Sergio Aguero’s penalty last week, is prepared for it.

“It is all about the mentality, the spirit, to have the same idea of football together,” Lloris said.

“Then of course we are ready to suffer because tomorrow we are going to suffer, but we know we can make the game difficult for them too.

“It is just about enjoying being at this stage of the competition, being ready to compete. Momentum is very important.”

🎙️ Mauricio: “We know that they’re so strong and have a very high tempo from the beginning, but that is our challenge – to try to stop them, to be offensive and attack. We need to believe that we can stop them and show our quality.” #UCL ⚪️ #COYS

🎙️ Hugo on @HKane: “Harry is very difficult to replace, but the good thing is that everyone is ready to help the team. We have a different profile up front and they are ready to help us.

“Manchester City for me is one of the best teams in the world and a clear favourite to win the Premier League and the Champions League,” he said.

“For us to beat them in the first leg was an amazing result but we know very well the tie is still open and tomorrow is going to be very, very tough.

“But we have the belief that we are going to fight. Tomorrow is going to be an amazing challenge and fight. I am so motivated and excited.”