By Taofeek Babalola Last updated Jun 7, 2018 0
Kano Pillars technical adviser Ibrahim Musa has revealed to SportingLife.ng that the team’s striker Junior Lokosa was distressed following his omission from the Super Eagles final list to the 2018 FIFA World Cup in Russia. 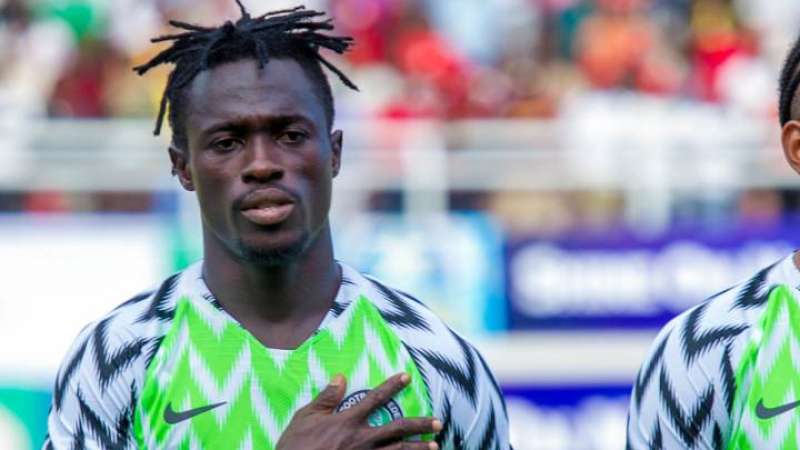 Lokosa was handed his first national team call up when he was included in the Super Eagles 30-man provisional squad by the team’s head coach Gernot Rohr.
The Nigeria Professional Football League (NPFL) highest goal scorer  with 18 goals made his international debut against Congo DR Congo in an international friendly game in Port-Harcourt which ended 1-1.
But despite his outstanding performance in the game, the former First Bank of Lagos forward was dropped from the Super Eagles final 23-man squad.
In a chat with SportingLife.ng, Musa said Lokosa looked worried when he returned to the team but he had to encourage him to take his exclusion in good fate.
“When he came back, he looked disturbed. We had to excuse him from our last game against Abia Warriors because he was not in the best frame of mind to travel with the team. I had talked to him and he is okay now. I told him to see the positive in what happened to him at the national team and he should not be discouraged. He is still young and has a better chance to play for the Super Eagles for a long time. I have confidence in him and I know he will get his chance in the team,” Musa told SportingLife.ng.
Lokosa returned to the Kano Pillars squad with a brace when Sai Masu Gida defeated Falala Academy 4-3 in the state federation cup semi final clash on Tuesday.
“Lokosa is in good shape now and he will be definitely in action when we face Rivers United in the league action on Sunday. And this is the best opportunity for him to increase his goals tally,” Musa added.
Loading...
eaglesLokosa