Losing to Bournemouth was a heavy blow–Sarri

Chelsea boss Maurizio Sarri locked his backroom staff out of the changing rooms after defeat to Bournemouth but admitted an almost hour-long inquest with his players left him none the wiser as to how his side were beaten 4-0 at the Vitality Stadium. 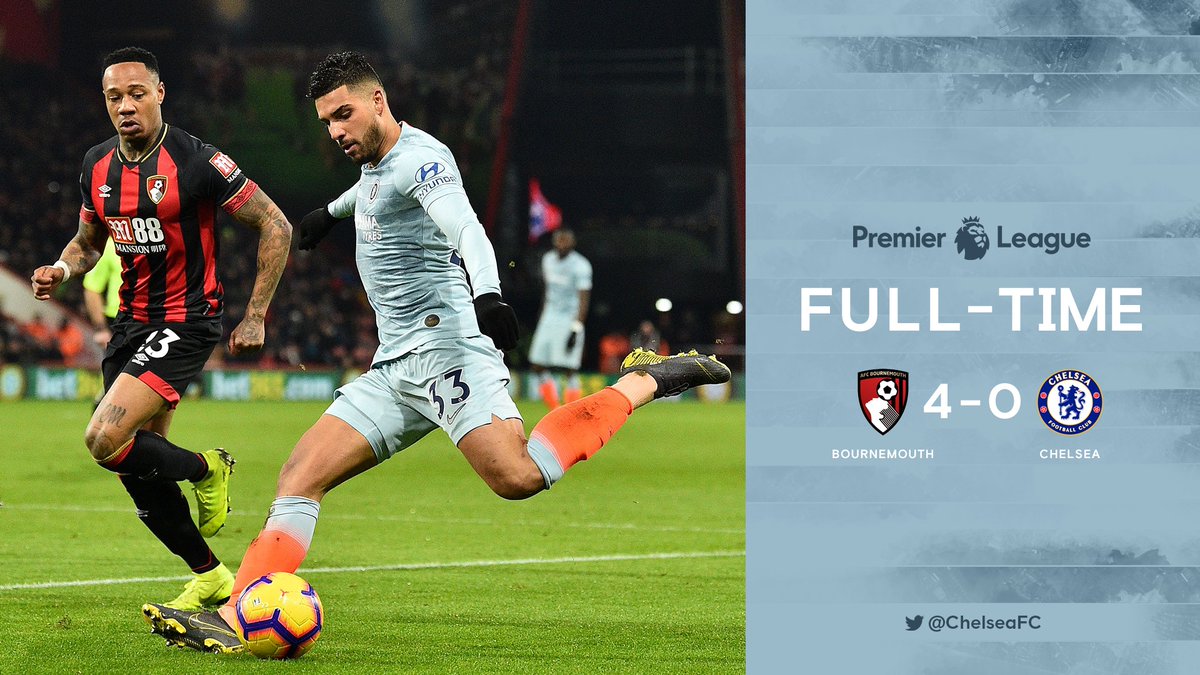 The Cherries blew Chelsea away with four second-half goals as a Joshua King brace and efforts from David Brooks and Charlie Daniels saw the Blues fall to their heaviest Premier League defeat in 23 years.

The manner of the defeat means that Chelsea drop out of the top four and below London rivals Arsenal by virtue of goals scored – with new signing Gonzalo Higuain drawing a blank on his league debut.

It was Sarri’s decision to replace Higuain with Olivier Giroud after 65 minutes which led to the travelling Chelsea fans chanting “you don’t know what you’re doing”.

The Italian, whose side have lost their last three away games in all competitions, asked his assistants to leave the away dressing room and arrived for his post-match press conference almost 75 minutes after the full-time whistle.

“In that moment I wanted to talk with them (the players) alone, without anybody,” he said when explaining why his backroom staff were asked to step out.

“I needed to understand because it is impossible to play in so different ways in the first half and the second half. I don’t know exactly (why) I want to try again tomorrow.

Sarri said he did not feel under pressure but was instead “frustrated” and offered an apology to supporters when he was asked about their reaction to Higuain being replaced.

“In this moment I feel frustrated,” he added.

Mane: I never knew Premier League winning players get their own medal

Mane: I never knew Premier League winning players get their…