David Luiz has reportedly won a court battle against a construction company that called him “amateur” and used a photo of him crying in one of their adverts.

Wemake Construction used the famous image of Luiz crying after Brazil’s 7-1 demolition by Germany in the World Cup semi-final in 2014.

The picture of Luiz crying had written next to it: “I just wanted to make my people happy.”

Text underneath the image said: “When you hire amateurs to take care of your family’s dream, it is almost certain to be 7 to 1.”

Luiz decided to sue the company for misuse of image and moral damage but the claim was originally thrown out.

However, after appealing the decision, the Arsenal defender has since been awarded around £4,400 in compensation, according to uol.com.

Judges ruled the second time around that the construction company could not have used Luiz’s image without his permission.

The semi-final loss to the Germans has gone down as the worst moment in Brazil’s footballing history.

That World Cup was held on home soil and a whole nation expected their men to go all the way.

Had they gone on to beat the eventual winners in that semi-final it would have set up a mouthwatering final against bitter rivals Argentina.

Luiz is likely to be in the starting line-up later today as the Gunners take on Chelsea in the FA Cup final at Wembley.

The 33-year-old has been criticised at times this season for several defensive errors that have ended up costing his team. 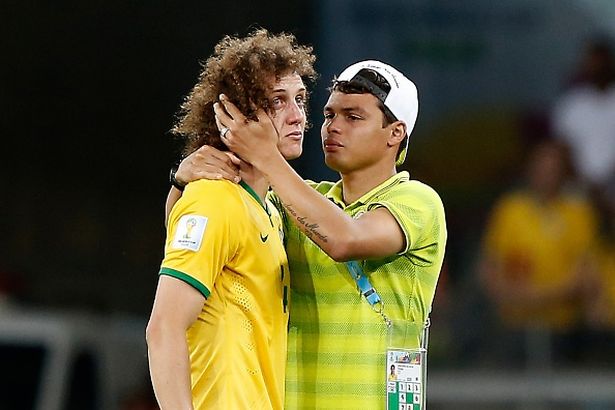 He has given away a number of penalties and was sent-off in the first game of Project Restart at Manchester City.

But Luiz showed that he is not quite finished yet after putting in a brilliant display as Arsenal beat City in the FA Cup semi-final.