Members of Barea of Madagascar who featured at the Nations Cup in Egypt will henceforth have KOM written after their names each time they are addressed. The honour (Knight of Malagasy) was awarded to the players in appreciation of their performance in Egypt where they rose above minnows and debutant tag to make it all the way to the quarterfinal before bowing out.

The players and technical crew were recognised as an elaborate ceremony held at the State palace of Lavoloha.

One of the victories that tickled the fancy of many back home in Antananarivo was the now famous 2-0 defeat of Super Eagles in the last group match.

The Barea whose smooth sail was eventually halted no thanks to 3-0 demolition by Tunisia in the quarterfinals were given a hero’s welcome with videos showing people lining the streets to receive them. 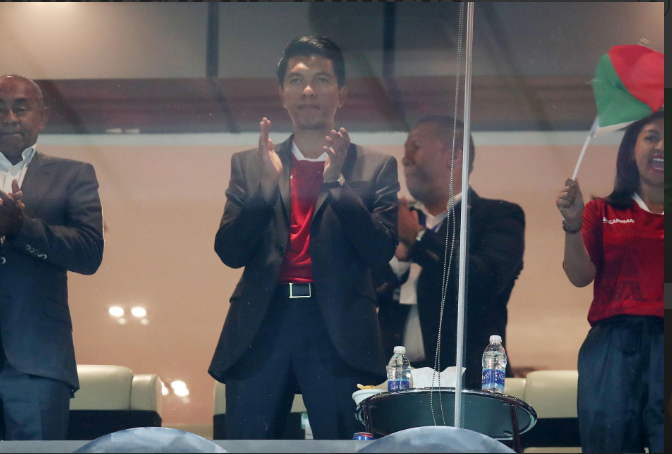 While President Andry Rajoelina who was personally in Egypt to support the team expressed optimism that they will come back stronger, coach of the side Nicolas Dupuis expressed fears that the team may end up as a one tournament wonder unless the game is given the needed push in the country.

“There is a lot of work to do with Madagascar. We need to build on the work that has been done to show that hard work pays off, or this could just become a one-off,” said the Frenchman, adding “It’s going to be difficult to do better next time.”