Nigerian-German goalkeeper Maduka Okoye expressed his delight after getting a first Super Eagles call-up for next month international friendly match against Ukraine.

The 19 year-old Fortuna Düsseldorf II stopper posted on social media his happiness in earning his first Super Eagles call up. 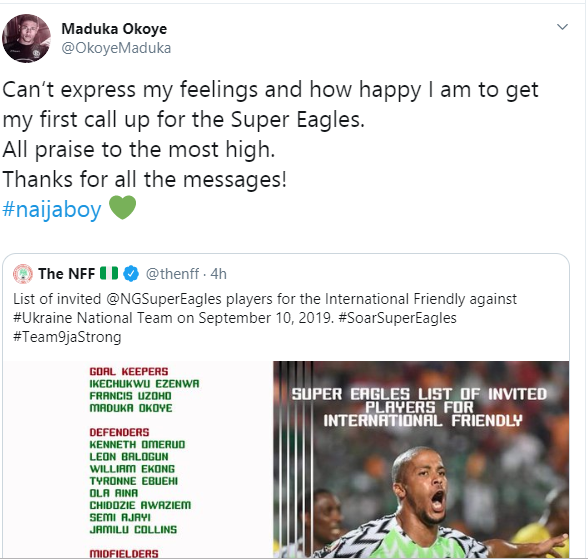 Okoye, who is born to a Nigerian father and a German mother, was to join the Nigerian U23 team last March for their Olympics qualifiers against Libya but could not make the team due to club engagements.