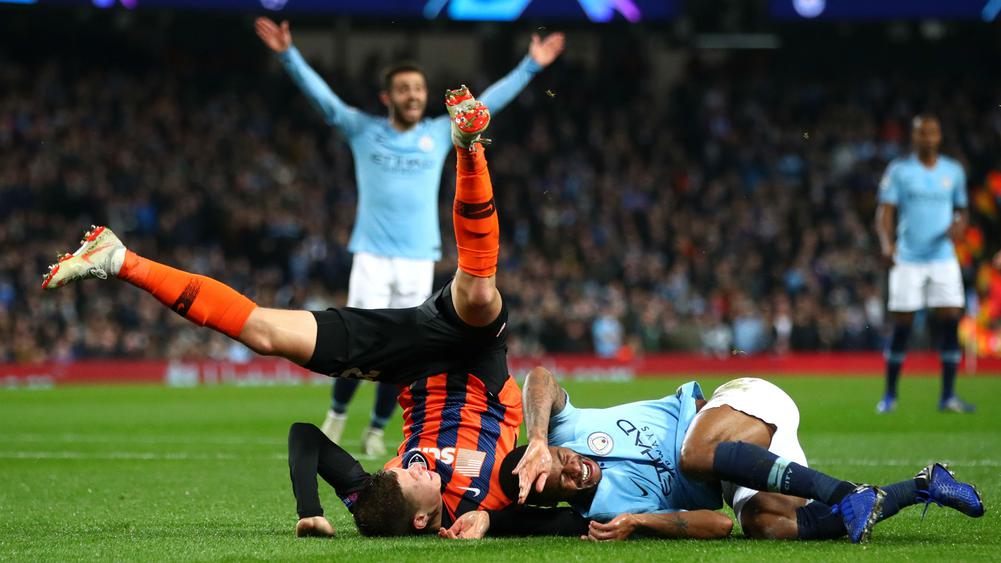 Gabriel Jesus netted a hat-trick as Manchester City powered to a 6-0 Champions League victory over Shakhtar Donetsk but they will have to wait to book their place in the last 16 after Hoffenheim netted a late equaliser at Lyon in Group F’s other fixture.

The hosts were in total control as they eased to a comfortable win at the Etihad Stadium, giving City brief respite from the series of allegations about their financial conduct that have been published by German magazine Der Spiegel this week, upon which the club have declined to comment.

With the focus firmly back on on-field matters, City put on an efficient display that opened with a straightforward finish for David Silva, before Raheem Sterling was wrongly awarded a spot-kick after kicking the turf.

Jesus netted from the spot and added a second penalty late on, after Sterling had scored City’s third with a wonderful strike from the edge of the box, and Mahrez made it five before Jesus completed his treble.

Hoffenheim’s 2-2 draw at Lyon delayed City’s progress, but they now sit three points clear of the Ligue 1 club at the top of the group.

Good work by Mahrez down the right created the space for a squared pass across the six-yard box after 13 minutes, leaving the poorly marked Silva with a simple tap-in for the opener.

City doubled their advantage in rather embarrassing circumstances after 24 minutes.

Sterling kicked the turf as he shaped to shoot, going down in the box, but referee Viktor Kassai incorrectly ruled that the England winger had been felled by Mykola Matvyenko, with Guardiola appearing to motion that he did not agree with the decision.

Jesus ruthlessly dispatched the penalty but will perhaps blame his failure to convert a glorious one-on-one opportunity soon after on a sudden pang of sympathy for the visitors.

Having scuffed his shot to great effect during the first half, Sterling extended City’s lead with a sweetly struck curling effort three minutes into the second.

Jesus added another with a second penalty of the match in the 72nd minute, after Silva was brought down by a clumsy Taras Stepanenko challenge, and Mahrez drove home a fifth after taking down an Ilkay Gundogan cross five minutes from time.

Brazil international Jesus rounded off the night with a delightful chip to make it six.

Manchester City have won two of their three Champions League encounters with Shakhtar Donetsk, losing the other in December 2017.