With many of Manchester City’s players still competing in the later stages of the World Cup, the influence of Pep Guardiola’s English champions is being felt across the globe. 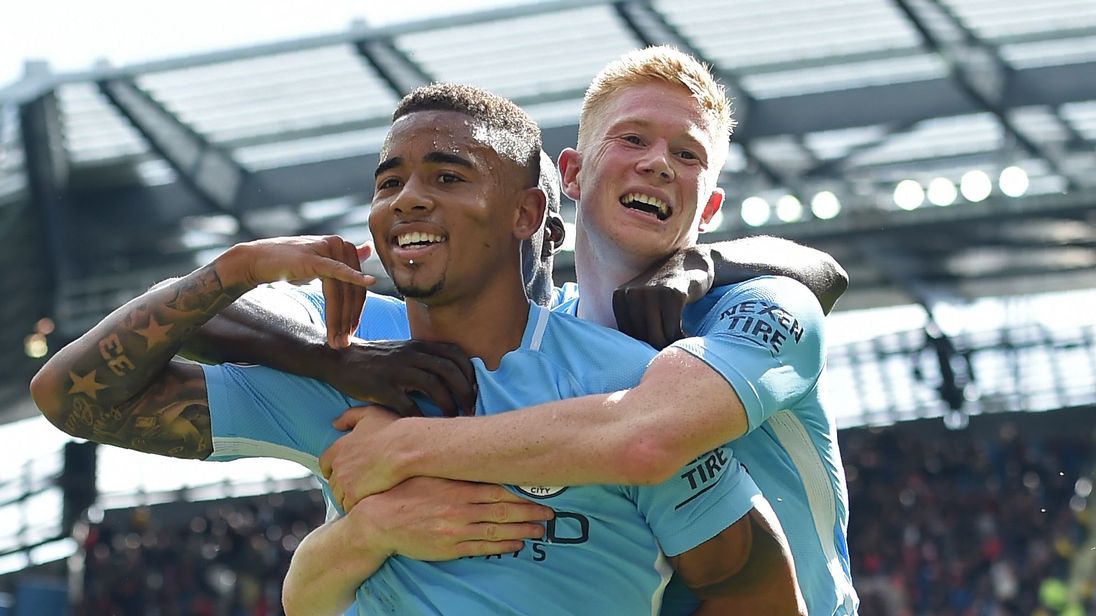 As eight teams prepare for the quarter-finals, the majority of the City team that ran away with the Premier League title by a record 19 points are still competing in Russia.

The likes of club captain Vincent Kompany and midfield maestro Kevin de Bruyne are getting ready to face their City team mates Gabriel Jesus, Danilo and Fernandinho of Brazil.

With City’s goalkeeper Ederson also in the Brazil squad, the English side have more representatives in the last eight than any other club, with 11 players still in Russia.

Bundesliga champions Bayern Munich have no representatives in the quarter-finals mainly due to Germany’s early exit.

The Germans may have faired better at the tournament if City’s in-form forward Leroy Sane had been in their squad.

Despite 10 goals and 15 assists in the league for Guardiola’s team last season, Germany boss Joachim Loew left Sane at home.

Germany only scored twice as they exited in the group stage, with many commentators wondering why Sane was not selected.

It has not all been plain sailing for City’s players as Spain’s David Silva and Argentina pair Nicolas Otamendi and Sergio Aguero could not replicate their club form in Russia.

This is not the first time players from a club managed by Guardiola have made an impact at the World Cup.

In consecutive tournaments, he has been the coach of the club champions of the nation who went on to win the World Cup — Spain and Germany.

And four years ago in Brazil the Spaniard’s Bayern Munich side also had seven representatives in Germany’s World Cup-winning team.

With Guardiola among the world’s top managers and with his teams possessing enviable talent, it is perhaps no surprise that his influence has been felt at the sport’s showpiece event.

If history is to repeat itself and City’s success is replicated by the national team in the World Cup final then England fans may just have a Catalan to thank.

Rohr to shop for left footers