Manchester City are reportedly looking at the possibility to sign Barcelona captain Lionel Messi this summer.

The Argentine legend has reportedly expressed doubts about his future at the Nou Camp, particularly after the humiliating 8-2 defeat against Bayern Munich in the Champions League.

And City, managed by Messi’s former boss Pep Guardiola, are exploring whether a deal would be possible with regards to Financial Fair Play (FFP) rules, according to ESPN, if Barca are willing to negotiate a fee lower than Messi’s €700m (£631m) release clause.

The report details that some Barcelona board members are open to selling their star 33-year-old, if he pushes for a move away this summer. 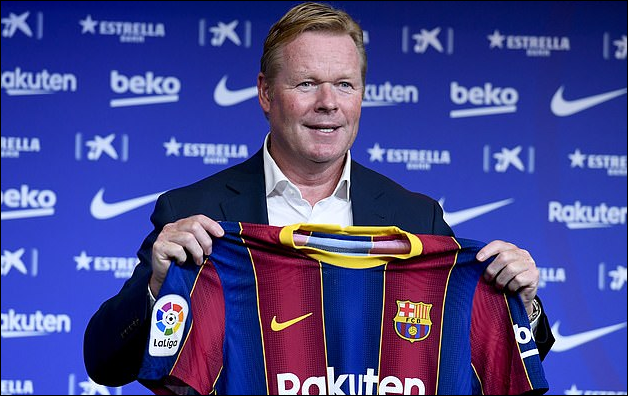 Messi has only ever played for Barcelona, but after a disappointing conclusion to the 2019-20 season – after going trophyless for the first year since 2007-08 as the LaLiga title went to fierce rivals Real Madrid – the Argentine is reportedly considering his future.

His contract at the club runs out next summer, yet Barcelona’s official stance is that they would not sell below his staggeringly high release clause figure.

From City’s standpoint, a deal would be particularly tricky in light of the coronavirus crisis and their recent financial problems with UEFA with regards to FFP.

A deal for Messi, with fee and wages included, could break the world record for a transfer, when Neymar moved to PSG from Barca in 2017 for £200m.

Yet Messi enjoyed arguably the greatest years of his career at Barcelona under Guardiola from 2008-2012, winning the Champions League twice and LaLiga three times.

City chairman Khaldoon Al Mubarak has insisted more signings are set to occur at the Etihad during this window.

‘We’ll be sensible and pragmatic about it but we will do what it takes, I think you’ve seen when it comes to the two acquisitions we have made, [Nathan] Ake and Ferran Torres, we moved quickly,’ he said.

‘There are additional players we will be bringing in and we will stick to the plan, obviously within the realities of the market that we live in today.’