Raheem Sterling scored a hat-trick as Manchester City cruised to a 6-0 victory over Watford at Wembley Stadium to win the 2019 FA Cup and make it a clean sweep of domestic honours. 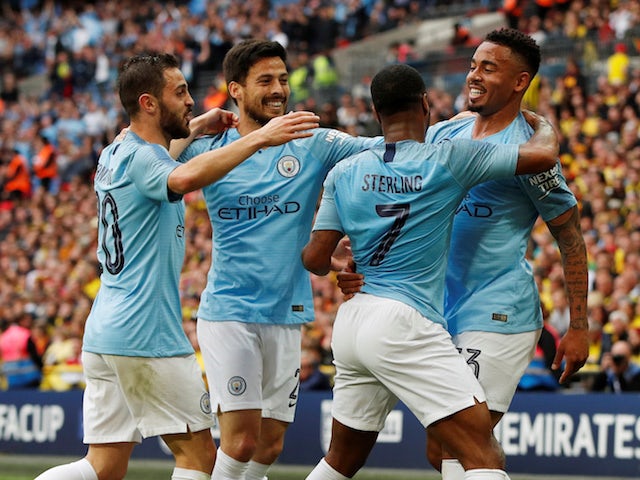 The Citizens scored twice in the first half and four more times in the second to complete their mission of becoming the first English side ever to lift all three trophies – the Premier League, EFL Cup and FA Cup – in a single season.

Watford started well as Ederson produced what proved to be a big save to deny Roberto Pereyra early on, shortly before a strong penalty shout was turned down, and from that point on it was all about the English champions’ brilliance.

David Silva started the rout 26 minutes in and Sterling helped himself to a cup final hat-trick, while Gabriel Jesus and substitute Kevin De Bruyne – superb during his time on the field – were also on target in the one-sided final.

The six-goal margin of victory equals the FA Cup final record set by Bury in 1903, rounding off what has been an incredible season for Pep Guardiola’s treble winners.

City made a tentative start to the match and were grateful to keeper Ederson for keeping the match level with 11 minutes on the clock.

Watford hit their opponents on the counter and Gerard Deulofeu was played in down the left by Abdoulaye Doucoure, before shifting it into the middle for Pereyra.

The Argentina international’s first touch set him nicely, but Ederson closed down the angle and made the save with his leg.