Manchester City, like Real Madrid, are only looking ahead to the second leg of their Champions League last-16 tie on August 7 at the Etihad Stadium.

Pep Guardiola’s side may have lost out on the Premier League title to Liverpool this season, but they still took advantage of the final matchday to beat Norwich 5-0 and finish the campaign as Europe’s most prolific team with 102 goals, beating Bayern Munich’s 100.

Therefore, at the Etihad, Europe’s best attack in City will square up against the continent’s best defence in Real Madrid.

Los Blancos secured the La Liga Santander title based on balance and solidity, starting from Thibaut Courtois and going all the way to Karim Benzema at the top of the pitch.

Two different approaches will be on show at the Etihad, with Guardiola and Zidane using the strengths of their respective squads to mould a team that is capable of winning.

The Frenchman, without Cristiano Ronaldo and with Benzema as his top scorer, understood that Real Madrid would have to play differently without the Portuguese superstar.

The result is a team that scores goals, reaching 70, but more importantly keeps them out at the other end, with Los Blancos conceding 25 goals compared to City’s 35.

In fact, Liverpool were able to win the title ahead of City after having scored less goals (85) and conceding just two goals less.

City have not built their attack on the basis that they can shut teams out once they score, as is the case with Real Madrid.

In fact, Raheem Sterling was the club’s top scorer in the Premier League with 20 goals, one less than Benzema, who finished as runner-up behind Lionel Messi in the race for the Pichichi Trophy. 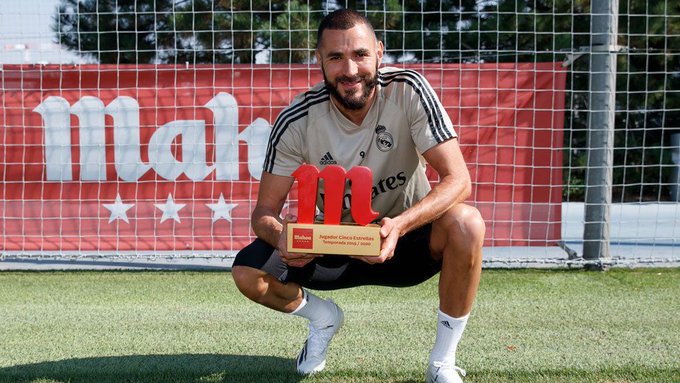 The big difference is that City have had plenty of other players chip in with goals too: Sergio Aguero got 16, Gabriel Jesus bagged 14, while Kevin De Bruyne netted 13.

Then there’s the likes of Riyad Mahrez on 11. Guardiola had 13 goalscorers in total, with the other players to score being Bernardo Silva (six), David Silva (six), Phil Foden (five), Rodri Hernandez (three), Ilkay Gundogan (two), Nicolas Otamendi (two), Kyle Walker (one) and Aymeric Laporte (one).

Real Madrid actually had more players contribute in terms of goals, with 21 getting on the scoresheet. Only Eder Militao and Brahim Diaz failed to score.

But the difference is that Los Blancos’ second top scorer was a defender, Sergio Ramos with 11, followed by Casemiro and Toni Kroos with four.

Zidane’s forwards goals are distributed as follows: Vinicius Junior and Marco Asensio on three, Rodrygo Goes, Luka Jovic, Gareth Bale and Lucas Vazquez on two, and Eden Hazard and Mariano Diaz on one.

Isco and James Rodriguez, who could be compared to De Bruyne in terms of the position they play, scored one goal each, while Luka Modric netted three goals and Fede Valverde two.

Real Madrid need to score and they need to keep City out. For the match, however, Zidane is hoping to have Hazard in tip-top condition, not to mention other forward options such as Vinicius and Asensio.

With Osimhen in Napoli’s attack, Gattuso can go to bed, says Giuntoli

It’s a game we would have earned all the maximum points, says Rangers’…

It’s a game we would have earned all the maximum…