Man of The Match Award: I feel special  winning–Chukwueze

Super Eagles winger, Samuel Chukwueze says he is excited about winning the Man of the Match Award after Nigeria dispatched South Africa to reach the semi-finals of the Africa Cup of Nations going on in Egypt. 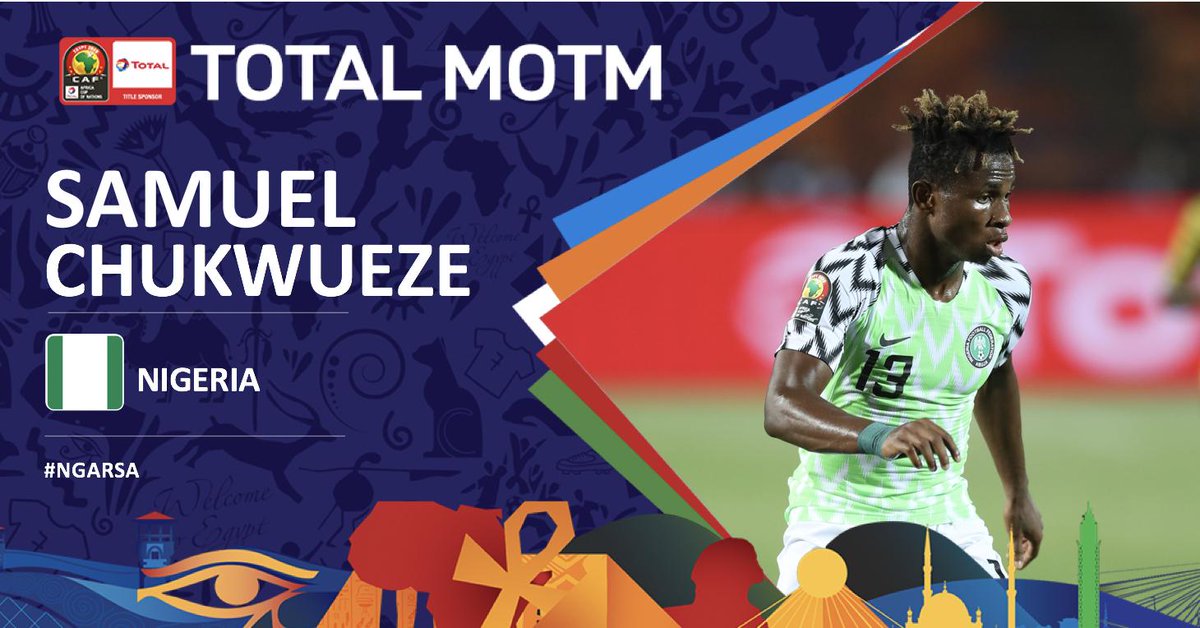 “MoTM @chukwueze_8: “it’s my first tournament with the senior side and it feels good to earn a win for my team by scoring. It’s more special to get the MotM trophy,” he said after he was presented with the award.

The Villarreal striker who was on for the entire duration got on the score sheet in the 27th minute after being set up by Arsenal forward, Alex Iwobi.

Besides scoring, Chukuweze was everywhere on the pitch proving a handful for the South Africa defenders owing to his pace and sleek moves.

He created several chances for his teammates up front which they failed to convert.

Nigeria defeated South Africa’s Bafana Bafana 2-1 to reach the semi-finals and would play the winner of the Cote DÍvoire. Algeria match which comes up on Thursday.