Manchester United new signing Harry Maguire has penned down what could pass for a thank you note for Super Eagles duo of Kelechi Iheanacho and Wilfred Ndidi and his other former teammates after sealing his move to Old Trafford.

“I am delighted to have signed for this great club,” Maguire told United’s official website. “I have thoroughly enjoyed my time at Leicester and would like to thank everyone at the club, and the fans, for their fantastic support over the past two seasons. 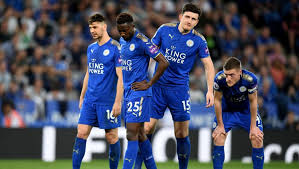 The former Leicester City Centre back successfully completed a £80million transfer to Manchester United on Monday and looks to debut for the new club against visiting Chelsea on Sunday.

The former Hull City ace signed a 6-year contract with an option for a further 12 months extension. The 26 year old was initially linked with both Manchester clubs over the summer but Leicester held out for their valuation with the fee now surpassing the £75million Liverpool paid Southampton for Virgil Van Dijk in January 2018.

Maguire who has made over 20 appearances for the Three Lions confessed that it was difficult to say NO, when the Manchester United offer was placed on the table 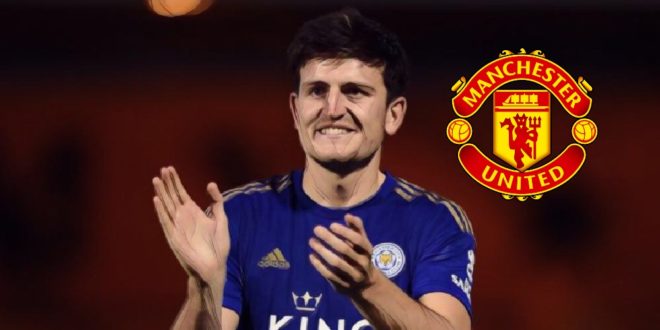 “When Manchester United come knocking on your door, it is an incredible opportunity.

“From my conversations with the manager, I am excited about the vision and plans he has for the team. It’s clear to see that Ole (Gunnar Solskjaer) is building a team to win trophies. I am now looking forward to meeting my new team-mates and getting the season started,” he enthused

Manchester United coach Gunnar Solskjaer who is looking forward to better finish this season is elated at the coming of Harry, describing him as one of the best centre-backs in the game.

Solskjaer said: “Harry is one of the best centre-backs in the game today and I am delighted we have secured his signature.

“He is a great reader of the game and has a strong presence on the pitch, with the ability to remain calm under pressure – coupled with his composure on the ball and a huge presence in both boxes. I can see he will fit well into this group both on and off the pitch.”