Lyon centre-back Andersen, 25, featured in all three of Denmark’s knockout matches at the Euros, as Kasper Hjulmand’s side beat Wales and the Czech Republic before suffering a semi-final defeat to England.

Having spent the 2019-20 season on loan at Fulham – and impressing for Scott Parker’s side despite the Cottagers’ relegation – Andersen is known to Premier League clubs.

Despite returning to Lyon this summer, Andersen is expected to sign a permanent deal at an English club before next season, with a number of sides interested in securing his signature.

The Sun say both Manchester United and Chelsea have identified the £25m star as a cheaper alternative if they miss out on top targets like Raphael Varane and Jules Kounde.

Man United have opened talks with Real Madrid over a deal for France international Varane, and Chelsea have also identified the multiple Champions League winner as a possible target. 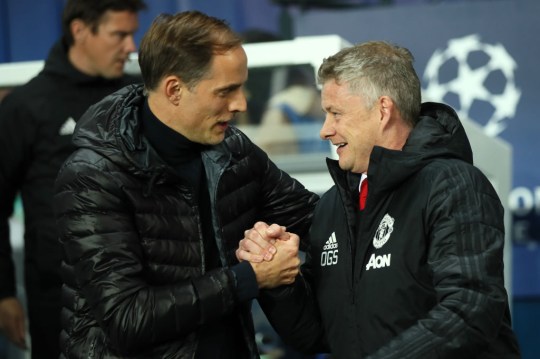 But there is a feeling that Varane will still end up signing a new deal at the Bernabeu, meaning United and Chelsea may be forced to look elsewhere to bolster their defensive options.

Andersen is a figure of interest for both clubs but the likes of Tottenham, Leicester City and Crystal Palace are also believed to be monitoring the Dane’s situation.

Replacing Chelsea’s Andreas Christensen in the 79th-minute of Denmark’s semi-final clash with England on Wednesday, Andersen impressed but could not prevent the hosts from progressing to their first Euros final with a 2-1 win.