Manchester United and Manchester City have both asked about the availability of Barcelona forward Antoine Griezmann, claim El Mundo Deportivo.

The report adds that the Catalan giants are not considering selling the Frenchman this summer, just one year on from his €120m move from Atletico Madrid.

The 29-year-old has struggled for consistent form during the campaign but has netted 14 goals in 43 appearances – with his prominence increased due to long-term injuries for both Ousmane Dembele and Luis Suarez.

However, the Uruguayan’s return since Spanish football kickstarted last month has seen Griezmann struggle for minutes and he has been left out of three of the last four starting line-ups under coach Quique Setien. 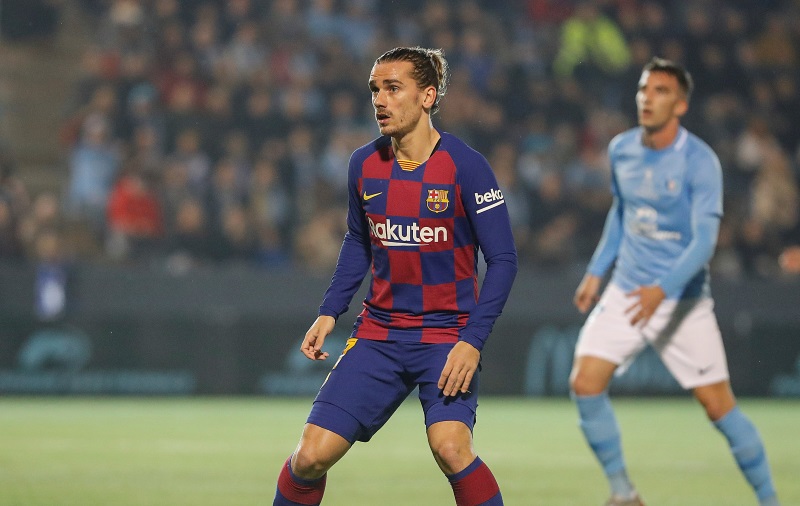 Griezmann is said to have a fractious relationship with Setien and as outlined by Diario AS, the player’s father Alain and brother Theo both posted message on social media which were critical of the coach, although they were swiftly deleted.

Marca have claimed that Griezmann’s situation at the Camp Nou is like ‘a powder keg’ ready to go-off, although the belief that Setien may leave at the end of the season has eased his concerns on his future.