Manchester United are planning to extend Odion Ighalo’s loan deal as they continue to weigh up a permanent move. 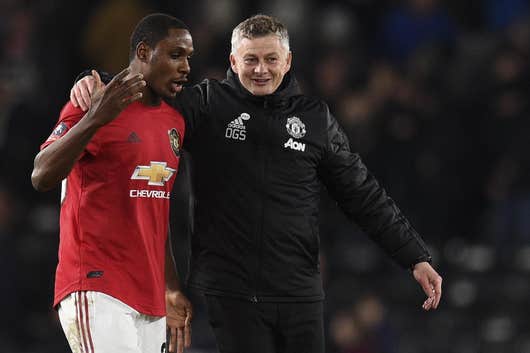 The Nigeria striker is due to return to Shanghai Shenhua at the end of May, which would effectively mean he has played his final game for United due to the coronavirus-enforced lockdown of football.

But with the Premier League hoping to resume the season in June, Ole Gunnar Solskjaer is keen to keep hold of the 30-year-old until at least the end of the campaign.

With Marcus Rashford set to return from a back injury, United’s striking options will already be boosted when football comes back.

But it is understood Solskjaer wants more depth to his attack with his side competing for Champions League qualification, as well as remaining in the Europa League and FA Cup.

The United manager intends to sign a center-forward this summer after missing out on top target Erling Braut Haaland in January.

The Borussia Dortmund striker remains of interest along with Moussa Dembele and Timo Werner, while Raul Jimenez is admired by Solskjaer.

But Ighalo represents a cut-price option in a summer when Ed Woodward has warned United’s spending could be hit by the financial impact of Covid-19.