Manchester United will reportedly have to beat off competition from as many as five European powerhouses if they wish to sign Jadon Sancho from Borussia Dortmund in next summer’s transfer window.

The Red Devils are believed to view the 19-year-old as a leading transfer target with the club allegedly prepared to spend in the region of £100m on the former Manchester City youngster. 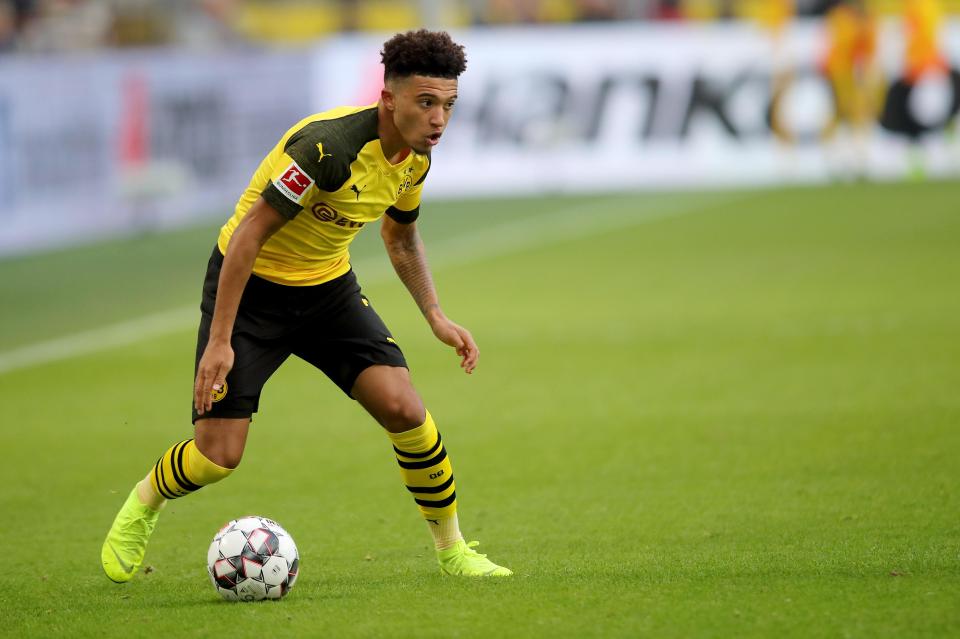 However, according to Bild, Barcelona, Real Madrid, City, Liverpool and Chelsea are also showing an interest in the England international, suggesting that there will be a scramble for his services next summer.

Sancho, who largely operates off the right, has scored four times and contributed seven assists in 13 appearances for BVB this season.

Meanwhile, the teenager has registered 18 goals and 30 assists in 68 outings for the German giants since turning down a new deal at City in order to join the club in the summer of 2017.

The attacker has a contract at Signal Iduna Park until 2022, but Dortmund are believed to be resigned to losing the youngster in next summer’s transfer window.