Mancini: Age not important in my team 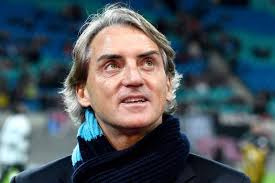 Mancini’s Italy reign has been characterised by a focus on youth over experience, and he revealed he was prepared to even select players without any first-team football under their belts.

“To you young lads I say, be committed and train hard: if you have the technical quality and character, I’m ready to call you, even if you haven’t made your first-team debut yet,” he said during a conference call organised by Bologna.

“In my staff, there are people who monitor the Primavera championship and, if some lads catch their eye, I’m ready to call them up.

“Age doesn’t matter to me: technique and character do. That’s how I started at Bologna when I was just 16-and-a-half.

“It’s thanks to the fact that I found people who trusted me and I’m always ready to do the same back.

“We must give chances to good young players, let them play and let them make mistakes too.”

The former Inter boss has been true to his word, calling up Zaniolo before he had made his Serie A debut in September 2018.

“It was no accident. I saw him in the final stages of the European Under-19 Championship and I decided to call him up after that.”

Ancelotti: Milan not afraid of foreigners